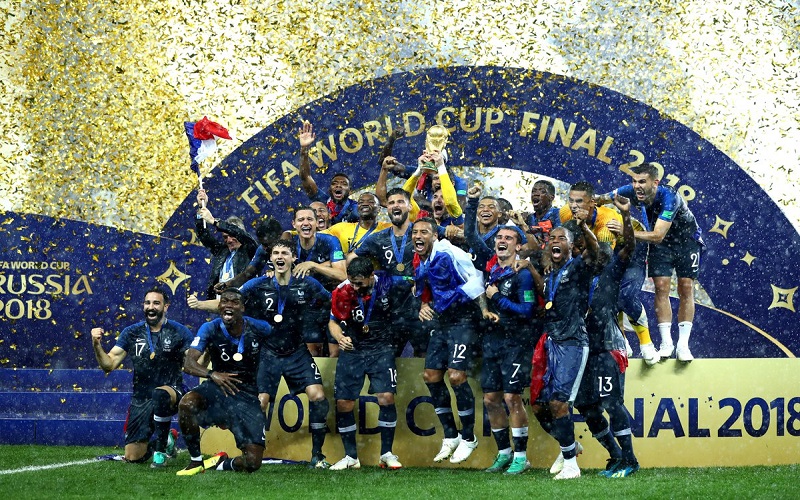 The 2018 FIFA World Cup concludes on Sunday as France beats Croatia in the final in Moscow’s Luzhniki Stadium. The tournament featured 169 goals scored and it came within two of the tying the highest scoring World Cup ever.

Russia 2018 had its ups and downs (early exits for Lionel Messi and Cristiano Ronaldo) but it also featured plenty of surprises (England and Belgium reaching the semis, Croatia finishing second). It also featured some great individual performances.

Let us take a look at the winners of the individual awards handed out after Sunday’s final.

Modric, Croatia: the superstar midfielder earned the tournament’s best player award. He also served as the heart and soul of the team’s dream run to the final. He figured to have competition from Kylian Mbappe and others. But he was the most complete, consistent player and rightfully takes home the award.

“We can be proud. We know we did something big here.”@FIFAWorldCupCRO spoke with adidas Golden Ball Award winner & #CRO captain @lukamodric10 after #WorldCupFinal

Kylian Mbappe, France: The 19-year-old Paris Saint-Germain star had four goals, including one in the final and three in the knockout stage. A guy who already blew up before the tournament at Monaco, he now enters the future as the best young player in the world. All signs point to him winning the Ballon d’Or award in a few years.

Thibaut Courtois, Belgium: Courtois conceded six goals in seven games while Belgium took third place, its best finish in the World Cup. Part of why he gave up so many goals was because of Roberto Martinez’s lineup that featured three center backs and two wing backs. The Chelsea man made some unbelievable saves, especially in the match against Neymar and Brazil to take home the top honor.

Hary Kane, England: He was not the best striker in this tournament, but he finishes as the top scorer with six goals. Three of them came off penalty kicks.

The Fair Play Award is handed to the team which boasts of the best disciplinary record. The winner in this category has also been selected by the FIFA Technical Study Group.