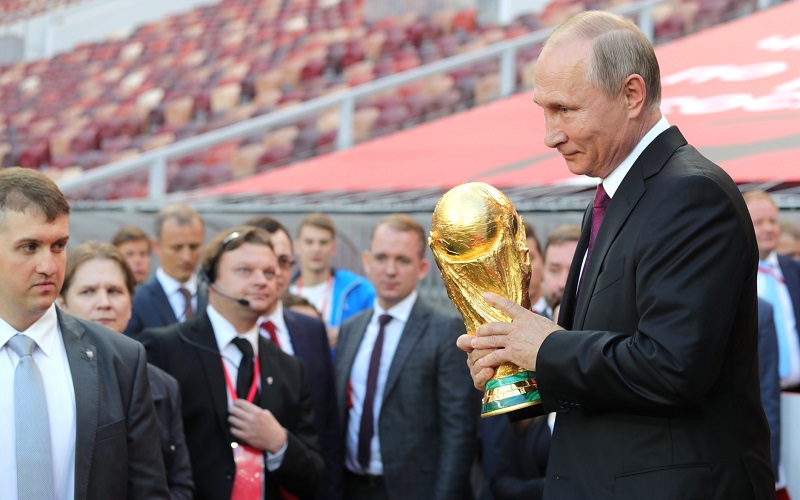 The 2018 FIFA World World Cup is turning out to be very unpredictable as ever. As some of the top sides in the competition either got knocked out even before the quarter-final.

It begins with Germany’s elimination in the group stage. Followed by the round 16 matches that have taken place so far have witnessed the exits of former champions Argentina and Spain. As well as heavyweights and reigning European champions Portugal. Lionel Messi’s World Cup hopes were dashed yet again as Kylian Mbappe. Who took center stage with a stunning brace in the first match of the stage, resulting in a 4-3 defeat to France. Cristiano Ronaldo’s Portugal were knocked out in the very next game, losing 2-1 to Uruguay.

2010’s World Cup Champion Spain had failed to make it past the Round of 16.  After falling short to hosts Russia on penalties following a 1-1 score, Spain gets eliminated. The day witnessed another penalty shootout right after, with Croatia knocking Denmark out after a 1-1 draw. Croatia wins the shootout by 3-2 on penalties.

Monday will witness five-time champion Brazil take on Mexico, the German conquerors. On the other hand, supremely talented Belgium take on Japan in the second game of the day.

What can you expect from the two upcoming matches?

Brazil face Mexico in the round 16 at Samana Arena and a victory would make the five-time World Cup champions one of the top bets to take the title. The team was in a similar position four years ago when they hosted the World Cup but was humiliated 7-1 by eventual winners Germany in the semifinals.

Danilo is available to play for Brazil after missing the team’s last two matches with a right hip injury, but Marcelo, who left early in the group stage finale against Serbia with back spasms, is out. So is winger Douglas Costa with a thigh injury.

Belgium is the leading scorer of the World Cup. Also, faces Asia’s last remaining representative at the final match hosted at Rostov Arena. The team has been led by Romelu Lukaku, who has four goals in the tournament and trails only the five scored by England striker Harry Kane.

At this moment most fans around the world are expecting for a first-time winner. At present Mexico looks likely to perform such a feat. Even Croatia has also caught the attention of those watching on. The one thing that’s for certain right now is that this WORLD CUP 2018 is almost anyone’s for the taking. If a nation is ever going to shock the world and go all the way, it will be at this tournament.