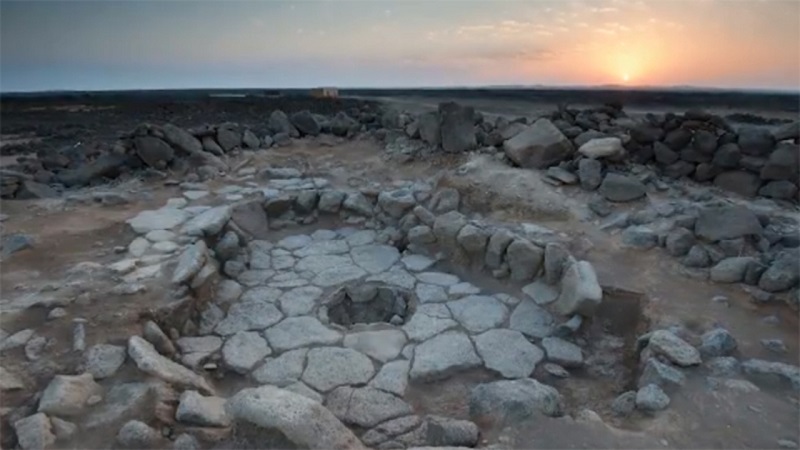 Archaeologists have recently discovered the burnt remains of a bread baked Pita, 14,400 years ago, and this was more than 4,000 years before the advent of agriculture.

The findings, excavated in northeastern Jordan’s Black Desert, unveil the oldest direct evidence of bread and are also recently discussed in the journal PNAS. Moreover, twenty-four bread-like discoveries were found in two fireplaces in a Natufian hunter-gatherer site known as Shubayqa 1.

According to archaeobotanist, Amaia Arranz Otaegui, from the University of Copenhagen, and the first author of this report, “The presence of hundreds of charred food remains in the fireplaces from Shubayqa 1 is an exceptional find, and it has given us the chance to characterize 14,000-year-old food practices”. 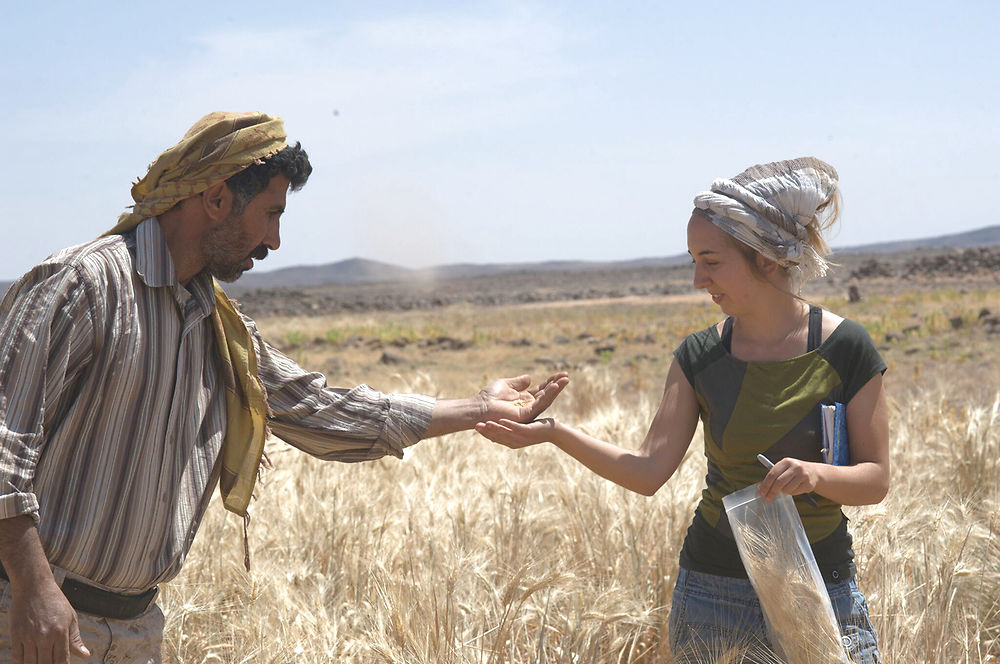 Otaegui further added that, that the bread production could have been a major contributor to the agricultural revolution of the Neolithic period. There she stated that “So now we know that bread-like products were produced long before the development of farming”.

As per reports, the Epipaleolithic period bread was made of domesticated cereals and club-rush tubers. Otaegui added that she had tasted the tubers they used, and that “they were a little sweet and a bit salty and had a gritty texture, but maybe that’s because we didn’t clean them well enough.”

Previously, the remnants of bread production were found in late Neolithic sites in Turkey and the Netherlands. The charred remains in Jordan are indeed the first direct evidence that bread production preceded agriculture. 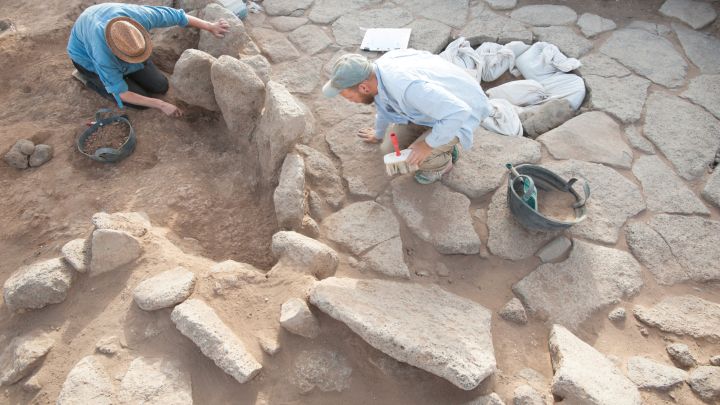 Again, University of Copenhagen archaeologist Tobias Richter, who led the excavations, added that “Natufian hunter-gatherers are of particular interest to us because they lived through a transitional period when people became more sedentary and their diet began to change”.

The authors of the report have specified here that the cereal-based foodstuffs were difficult to make. For the hunter-gatherers, this might have been luxury foods “employed to impress invited guests and secure prestige for the hosts.”

Food technologist Antonella Pasqualone, who did not work on this study but as a professor at the University of Bari and specializes in cereal science and technology and has also written several studies on bread, added that “It is quite interesting. Flatbread presents numerous advantages over ‘high’ and voluminous bread loaves, and in my opinion, a plausible hypothesis is that this kind of bread could be a perfect bridge between hunter-gatherers and stable farmers”. 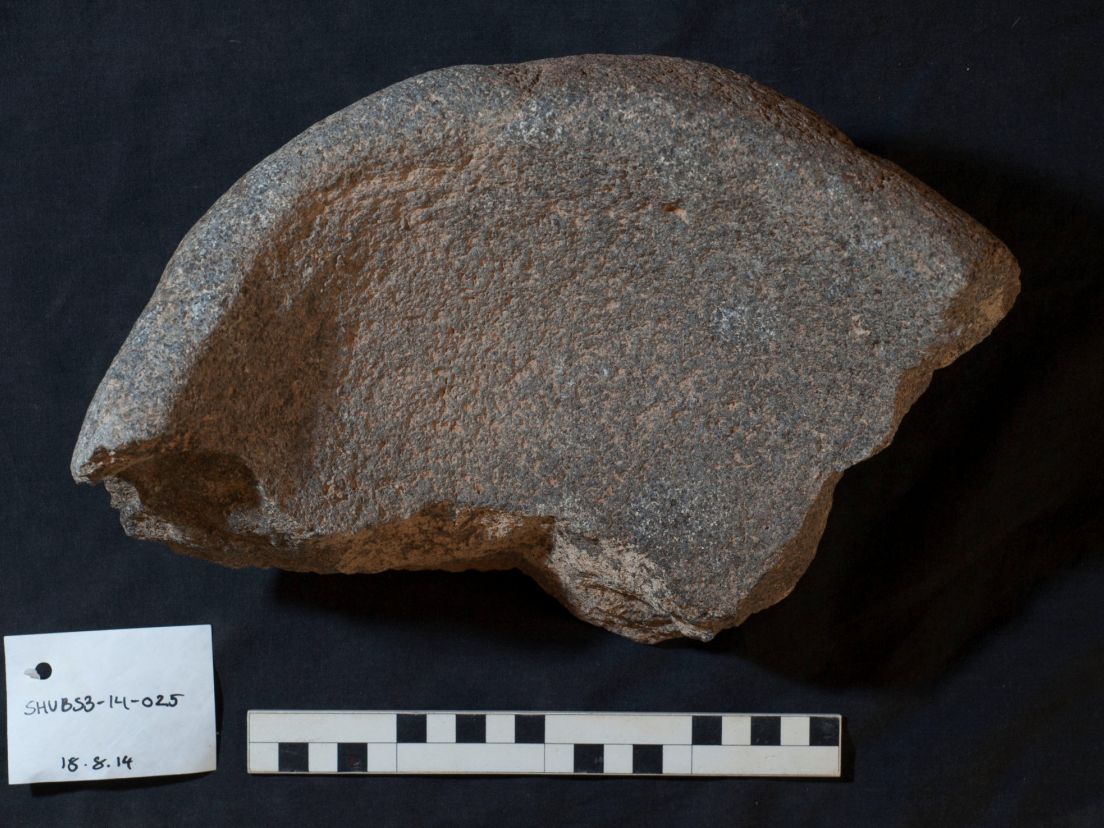 According to her, flatbread doesn’t need a large oven, but here she added that this “could be baked simply by covering by sand and embers or by laying down the dough on a metal or a terracotta plate placed on the fire. Finally, flatbread could be easily transported with little encumbrance by stacking them on top of each other.”

Patrick McGovern, scientific director of the Biomolecular Archaeology Laboratory for Cuisine, Fermented Beverages, and Health at the University of Pennsylvania Museum of Archaeology and Anthropology in Philadelphia, again is of the view that, “I think this offers a whole new perspective about the possibility of bread in this time period. The evidence is quite convincing”. 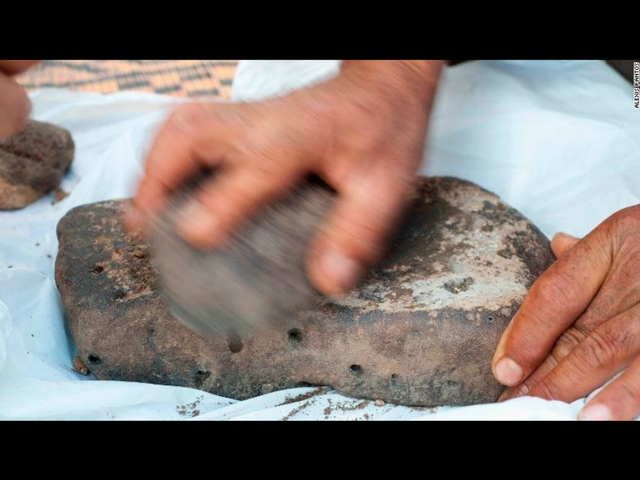 McGovern, who was not involved in the study, also holds the view that researchers might be seeing some evidence of beer making, but, however, there would be always a place for more evidence. He’s written extensively about the art of ancient beer making in the books “Uncorking the Past” and “Ancient Brews: Rediscovered and Re-created.”

In conclusion, Otaegui added that she hopes to work with some modern chefs to try to make the ancient recipe. Further, she added that “Bread is such an important staple, but it also has this additional powerful place in a contemporary culture with links to religion and important ceremonies. Finding this link for us in the past and our ancestors were the last thing we expected to find, but it was a good surprise for sure.”