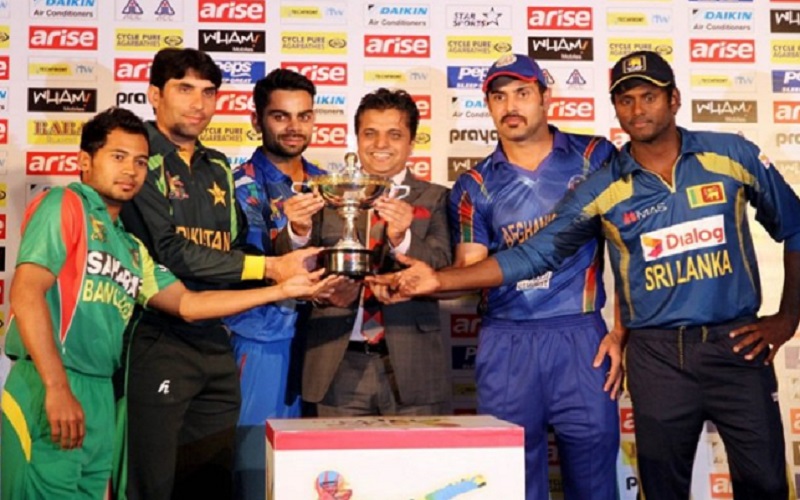 The schedule for Asia Cup 2018 has been released by the ICC on Tuesday. It also informed that India to play two ODIs on consecutive days. Defending champions India will face arch-rivals Pakistan on September 19th the day after their opening game against the yet to be confirmed qualifier.

The tournament is scheduled to take place in the UAE from September 15 to September 28. The tournament sees Bangladesh and Sri Lanka face each other in the opening game in Dubai.

India, Pakistan, Sri Lanka, Bangladesh, and Afghanistan are all confirmed participants. With the remaining spot still up for grabs amongst UAE, Singapore, Oman, Nepal, Malaysia and Hong Kong.

Group A consists of India, Pakistan, and the qualifier while Group B comprises Sri Lanka, Bangladesh, and Afghanistan. The top two teams from each group will qualify for the Super 4 and two teams will then play the final on 28 September in Dubai.

Defending champions India will face rivals Pakistan on 19 September the day after their opening game against the as-yet-unconfirmed qualifiers.