With notes of brass instruments impregnating the air; gas lights carried by liveried carriers; men in gold embroidered uniforms with high boots and caps; trumpets and bugles blowing in the emanating flare, enlivening the ambience of the procession carrying a newly-wed or following the truck the idols to be immersed in the Ganges – Yes, it has been the collage of moments intertwined with the age old ‘Band Parties’ of India. 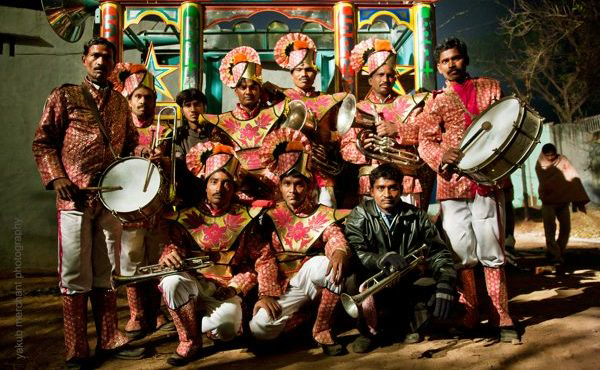 This has been a reality and a very known picture in the Indian culture.

Go to any part of this country, one won’t find a single occasion being celebrated without the drums beating and the bugles honking. Whether it’s a marriage, a celebration, a parade or anything, ‘Bands’ playing orchestra was and is an integral part of this society. Bengal has been a breeding ground of the ‘Band’ culture and business.

Unlike all other states ‘Band’ business brewed in this city with colours, lights, life, joy and hope. The ‘Band’ culture dates back to the pre independence age, when the Indians took training from the British soldiers’ techniques to play instruments in the army parade. From there grew the traditional ‘Band’ culture in India which gradually became a form of occupation. Hundreds of musicians flocked in from Bihar, Madhya Pradesh, Orissa, Rajasthan, etc. to find a living in Bengal and mainly thrived the ‘Band’ party which was a flourishing industry then. 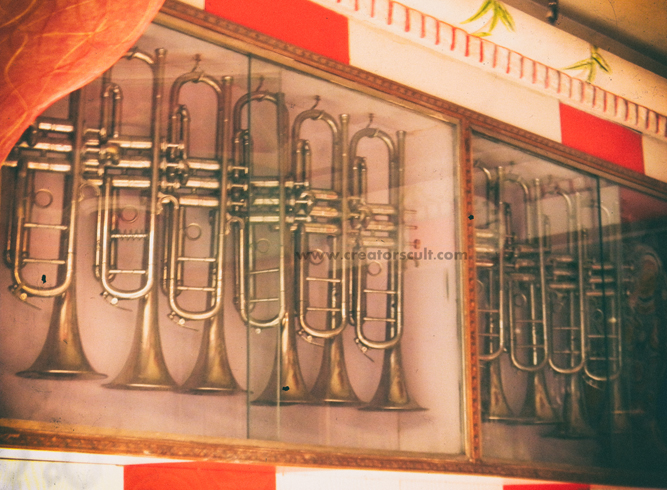 In this changing phase of tastes, likes and dislikes of our society ‘Band’ is suffering a severe setback. They are almost on the verge of wrapping up their business. With the advancement of the DJ traditions in the 21st century, the entire scene is at a stage of transformation. Those who used to twist and turn with the beatings of the drums and tunes of saxophones and flutes are now more prone to dance in frenzy with the recorded music played by the jockey. 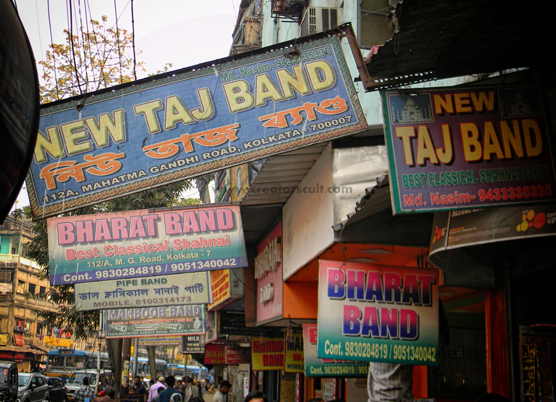 Mahatma Gandhi Road, the erstwhile Harrison Road is considered to be the breeding ground of this ‘Band’ business in Kolkata. With a legacy of 100 years ‘Mahboob Band’ has been one of the most prominent names in this business. Though today they are almost sit idle, waiting for an occasional order.  People are booking DJ’s as they charge less compared to a Band that needs to charge more for all their apparatus and labour.

“The response to us has lessened in the recent times. In fact 30 years before, everything was fine but the repeal of the police permission to the band has been a severe setback to our business,” said Raja Sahab, owner of Mahboob Band. “The forefathers of the Mahboob Band saw days of grandeur till the nineties but now their future generations are moving out of this clan and opting education or employment somewhere else. To keep this art form alive and to match the taste of the crowd we had to bring in recorded music.” 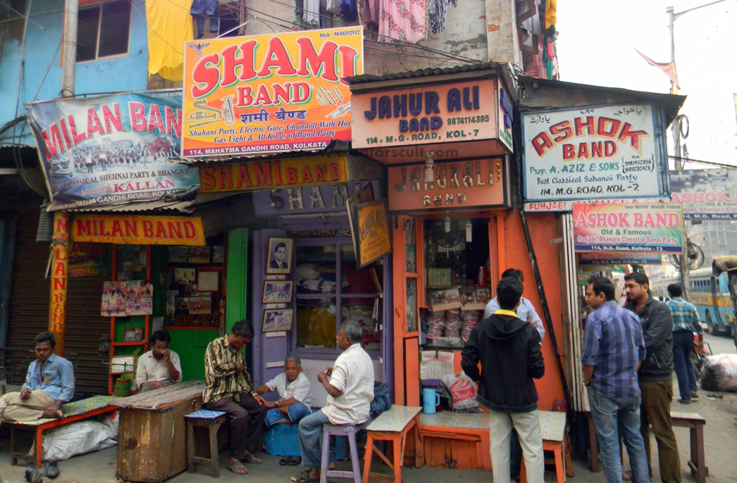 Sheik Hasan a young musician in the band said, “we are facing a lot of pressure to manage food for our family and look after them. The craze for band has decreased since mid 80’s. … The miserable conditions of our business compelled us to retract our future generation from stepping into this business. Rather we want them to take up education for doing something respectable.”

With changing tastes of people, adverse government policies and a few more adversities adding up, a very prominent part of musical culture and heritage of India is dying a silent death.