Home > Featured > Sports > Brazil Vs Serbia: Brazil May Not Have It Easy With Serbia 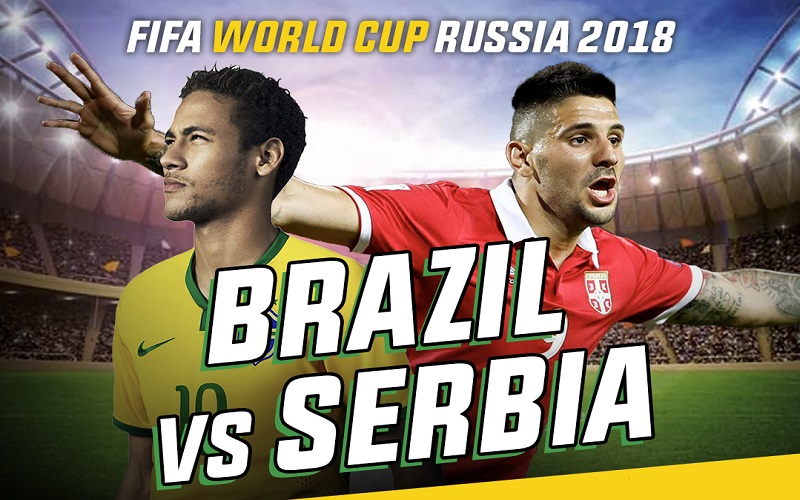 Five-time champions Brazil face their moment of reckoning when they face Serbia in their third and final FIFA World Cup 2018 Group E fixture. On the other hand, Serbia was stung after the defeat to Switzerland in the dying stages of their previous match. They must beat Brazil in order to qualify for the Round of 16.

There is a possibility Brazil could be out of the tournament. Brazil faces Serbia in Moscow and needs a point to guarantee their last-16 spot. Brazil’s coach Tite has to find the key to unlock organized defending once again. Alexander Mitrovic who is an old-fashioned, center-forward with exceptional aerial prowess appears on the horizon for defenders Thiago Silva and Miranda.

Why is it not easy for Brazil?

Mitrovic said: “There’s more pressure on Brazil because they are not accustomed to this situation that they can fall in the first round. We have nothing to lose. And I think that as long as we’re in the game.”

In past World Cup matches, Serbia and Brazil have met four times. Serbia having played as Yugoslavia in the past, and share the spoils with their Latin American opponents. Both teams have won one game each and played out two more draws.

The Serbians definitely pose a bigger attacking threat than the Costa Ricans. In Dusan Tadic and Sergej Milinkovic-Savic, the breakaway nation that used to be a part of former Yugoslavia has a tradition to be proud of. Nemanja Matic of Manchester United is the most famous name in the squad. The deep-sitting midfielder will be dealing with the Brazilian inroads.

Swaying from psychological frailty to stubbornness, Brazil must show they have the determination to live up to formidable challenges. The Serbian puzzle is a critical one for Tite to solve.

Superior technical ability will be crushed under the severe pressing game of the Serbians unless Neymar, Coutinho, Gabriel Jesus and Willian express their optimum.
Tite had said, “Anxiety to score goals and win the game is affecting the health of my players”.