Then “Sahebpara” and “Mochipara” which are the double deluxe rooms. 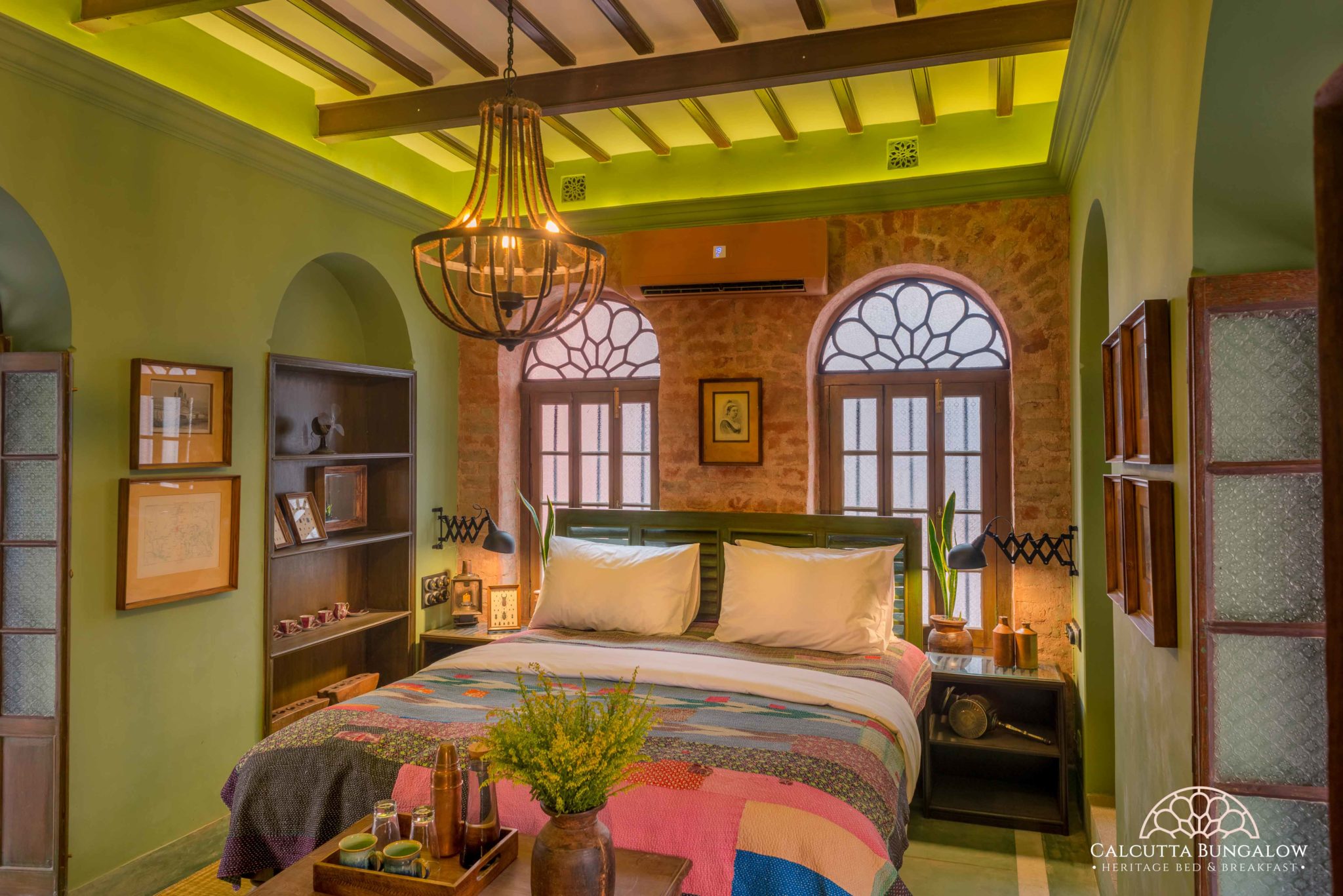 “Sahebpara”, as the name suggests, states of Kolkata’s connection with the British Raj. This homage is much more depicted with the copper bathtub in the washroom, perched on a platform. 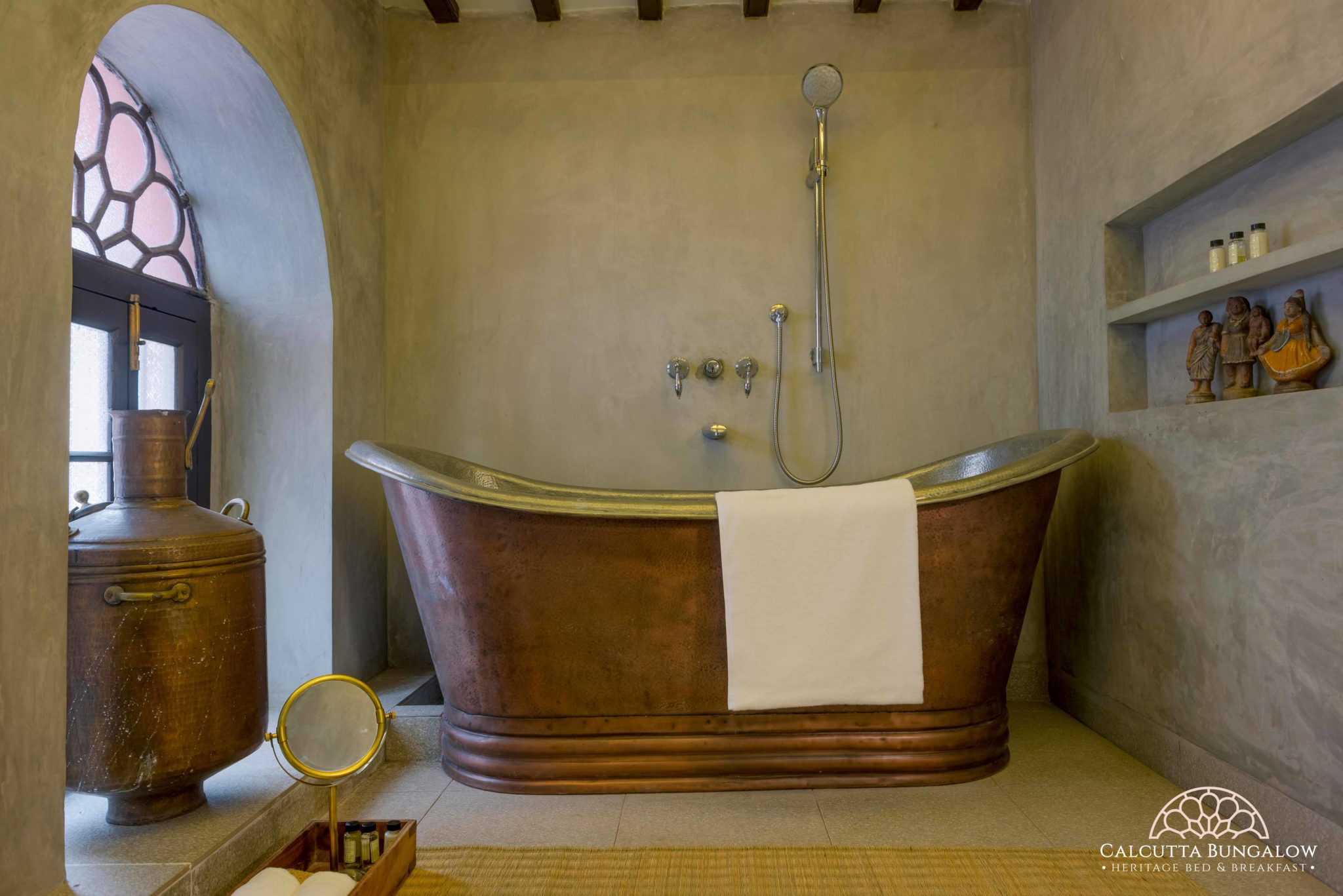 “Mochipara” refers to the ‘mochis’ or cobblers who crafted leather for the rich and poor of north Kolkata and in fact those shoes with curly tips have been neatly framed. 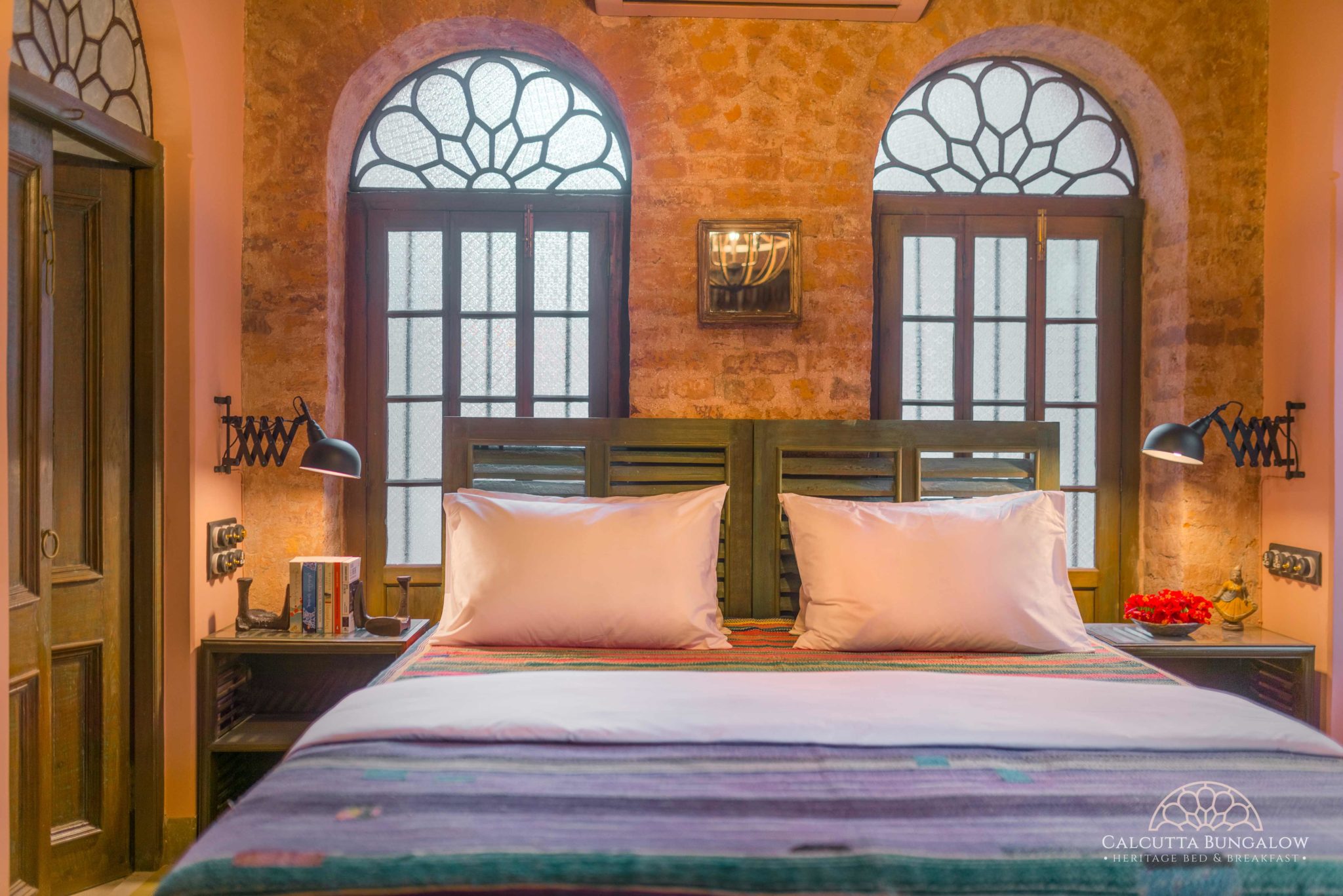 Lastly, there are the “Darzipara” and “Potuapara”, which are the slightly small and standard double bed rooms. 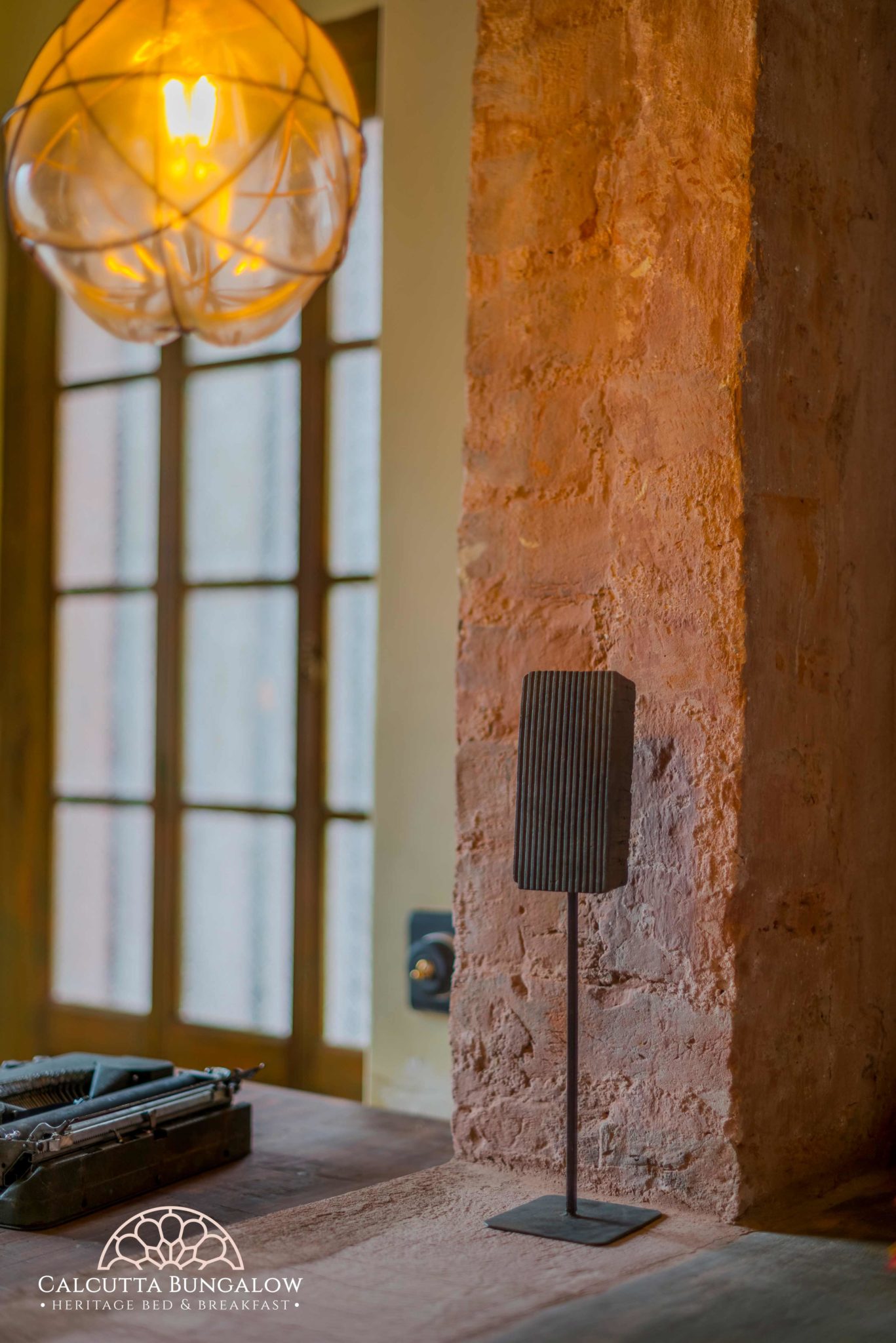 “Potuapara” which suggests the area comprising the quarters of the ‘Potu’ or the clay artisans of Kolkata.

Few things which are noticeable and are common in each of these rooms: 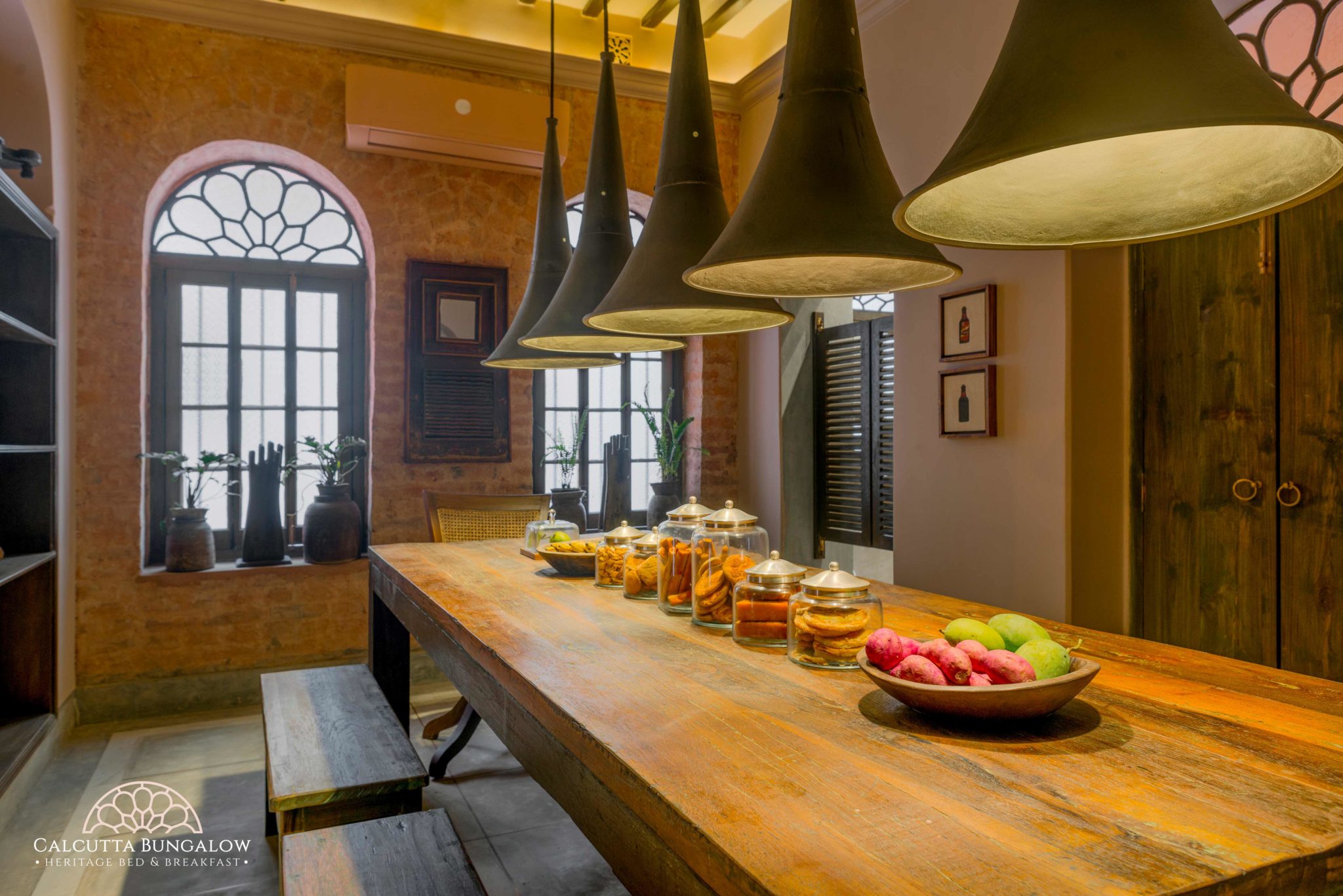 Apart from the rooms, another interesting bit here is the Notun Bazar, or the dining room, with a vast wooden table with glass jars filled with biscuits, one would find in the city’s innumerable tea stalls. Some of them include, the projapoti or butterfly biskoot, the ‘Nunkathai’ and also the jar filled with ‘muri-cholabhaja’ (puffed rice with fried sprout seeds).