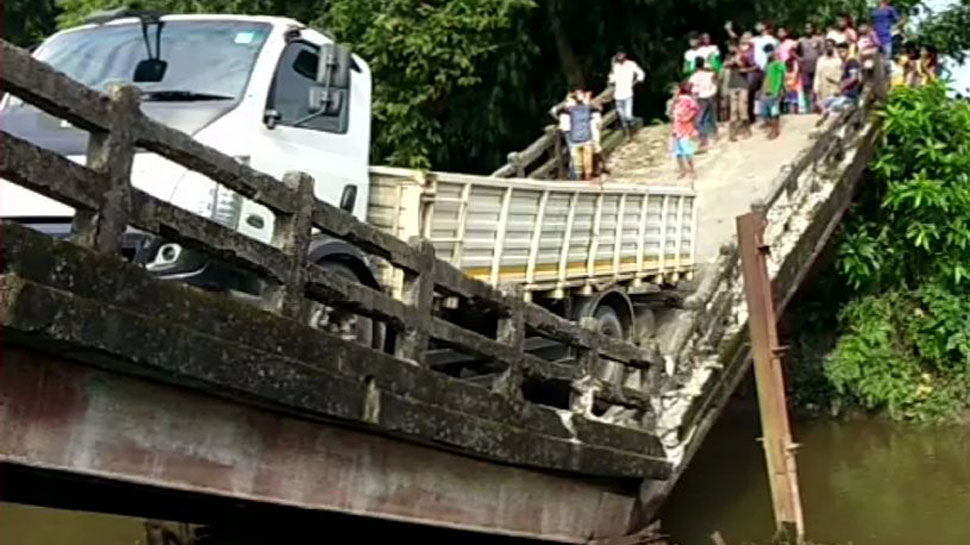 After Kolkata Majherhat Bridge collapsed, in a span of one week, West Bengal witnessed the collapse of another bridge and it’s Phansidewa Canal bridge. This is the recent one constructed near Siliguri in Darjeeling district that collapsed this morning, injuring a truck driver.

To delve deep, this was the canal bridge at Phansidewa near Siliguri in Darjeeling district. Also, as stated by West Bengal Minister Rabindranath Ghosh this has caused injury to the truck driver, however, he has been rushed to the hospital immediately.

The truck, which was crossing the bridge, is still hanging from the broken portion of the structure that connects the Manganj area to Siliguri, a major city in North Bengal. 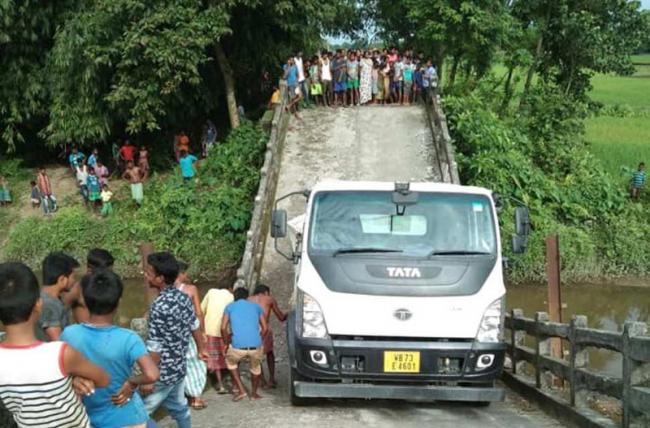 While NDRF and local police rushed to the spot immediately after this mishap, quite obviously political blame game too began shortly with opposition leaders questioning why the proper repair work was not done. In fact, after this, BJP even demanded that West Bengal Chief Minister Mamata Banerjee should resign.

The incident occurred at around 4.45 pm, after which fire tenders, ambulances, and teams of NDRF and local police rushed to the spot. After this, West Bengal minister Firhad Hakim also reached the spot soon after the information came in. He added that priority was to conduct rescue operation to take those trapped out of the debris. Also, pointing out that the bridge is 40-year-old, he added that a technical team would later look into the cause of the collapse.

Quite an alarming incident as in this week itself, a portion of the Majerhat Bridge on an arterial road in Kolkata collapsed on September 4.