Home > Insider > Children’s Moon : The Moon will be visible in daytime till August 4

Following the lunar eclipse and Blood Moon on July 27, this week the moon will be visible during the daytime as part of its gibbous phase. People will be able to view the moon for a few hours after the sunrise. But at the same time, it will set as the morning progresses. The phenomenon is called “Children’s Moon”.

The report informs that the Moon is undergoing a waning gibbous phase, as it resumes getting closer to the Earth in its orbit. So if one looks for the moon at the same time every morning, they will see this week’s waning moon appearing higher and higher in the western sky each early morning, all week long. 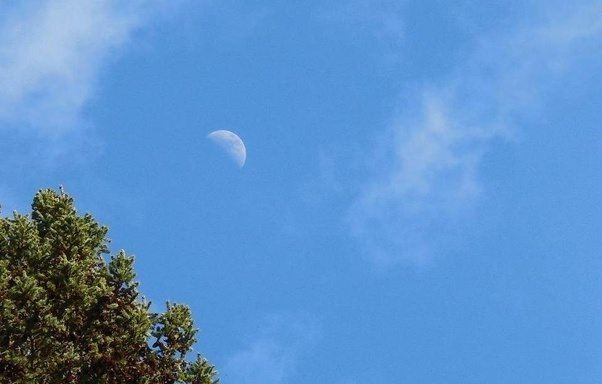 To understand why to think about where the sun is in the early morning. The moon is moving in its orbit around Earth, drawing closer and closer to the Earth-sun line. By August 4 the moon will be at the last quarter phase. The Moon rises around midnight and southward around dawn. The new will turn new on August 11. It will be rising and setting with the sun, offering us deliciously dark skies for the upcoming Perseid meteor shower.

People in India will probably find the Moonrise after 11 pm IST, while the moonset is expected between 9 am and 12 pm on these days. Therefore, over the days leading up to August 4, during sunrise, the Moon will appear to the Earth’s west.