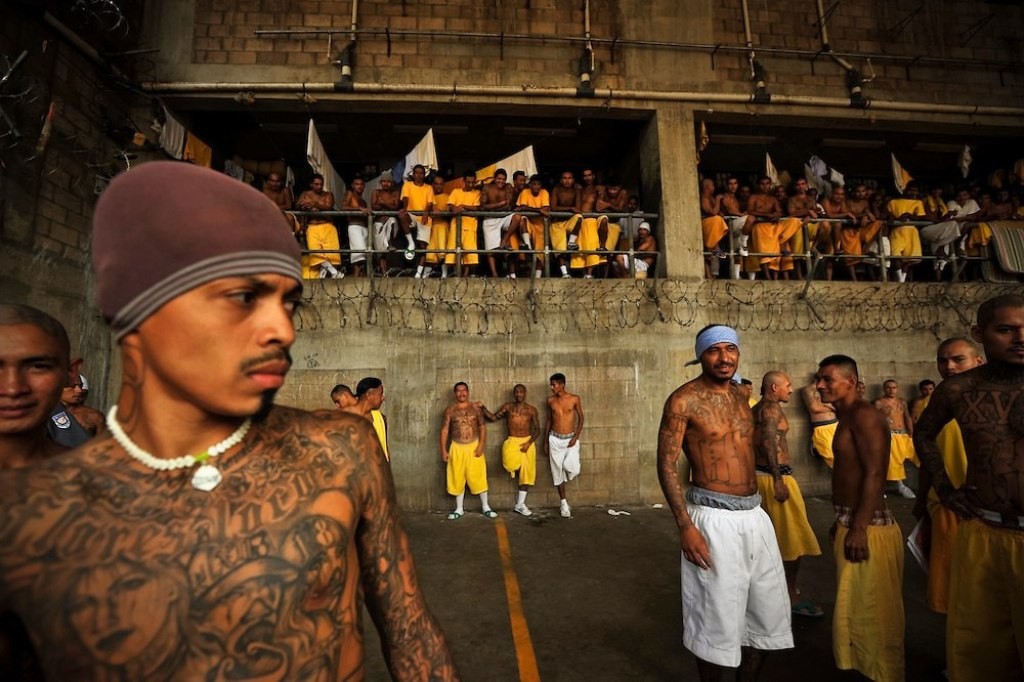 They are drug pushers, murderers and weapons dealers – members of the Mara Salvatrucha. The prison is guarded outside by the El Salvadorian army. The prisoner-to-guard ratio being 50:1, the guards are too scared to enter the prison. The inmates have free run of the squalid facility. They have their own bakery, workshops making furniture and toys, and even a rudimentary hospital that they staff themselves. The prison, though built for 800, now houses 2,500 prisoners.

In 2013, photographer Adam Hinton, from London, was granted access to the squalid gangland prison. In a prison notorious for the depravity of inmates, Hinton a human side to such dangerous men. The hospital which they run now, was in a planning phase back then.

Most of the inmates have tattoos curling about their torsos. In several, ink creep up over their foreheads. The illustrations talk about women they love, people they have killed, expressions of loyalty MS-13. It’s like a decoration and a sense of identity for each one of them.

Violence has risen steadily in El Salvador since a 2012 truce between the country’s two main gangs, the Mara Salvatrucha and its rival Barrio 18, began to fall apart last year. El Salvador is one of the most violent countries in the world, according to United Nations statistics, with a 2012 murder rate of 41.2 homicides per 100,000 inhabitants.