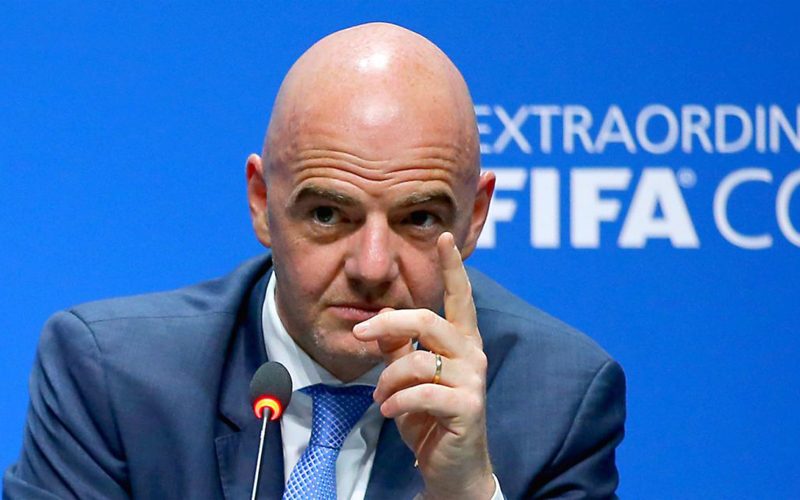 FIFA president Gianni Infantino has invited the Thai Boys football team in a cave to the World Cup final, as messages of support poured informed top players. Infantino said he hoped the Wild Boars team, who were stranded by rising floodwaters two weeks ago. Also would be rescued in time to watch the final in Moscow on July 15.

About the Thai Incident

The 12-member team comprises of a year-old named Chanin Wiboonrungrueng and a 14-year-old named Adul Sam. They are entrapped in the darkness of the Tham Luang cave in Thailand’s Mae Sai district for near about two weeks after they had gone exploring the area on June 23. And Thai Navy SEALs along with other volunteers are all struggling to free the children from the flooded cave.

The young footballers were discovered on Monday by SEALS and two British men who are diving experts. Since then, 100 personnel have involved in the rescue mission with a former Thai Navy SEAL diver losing his life. What makes the rescue act is that the exit path of the cave is submerged. Thus the group would stay stuck inside for weeks or months even.

Infantino later wrote a letter Football Association of Thailand saying, “If, as we all hope, they are reunited with their families in the coming days and their health allows them to travel, FIFA would be delighted to invite them to attend the 2018 World Cup final as our guests.”

He also added, “ I sincerely hope that they will be able to join us at the final. It will undoubtedly be a wonderful moment of communion and celebration”.

The news about their disappearance received global attention and wide media coverage. While Japan’s World Cup squad tweeted a video saying, “Hang in there!”, Ronaldo called the incident terrible. “The world of football hopes that someone can find a way to take these kids out of there,” the former Brazilian football star said.