Home > Entertainment > Koffee With Karan 6: PeeCee and Bebo to share the couch in finale episode 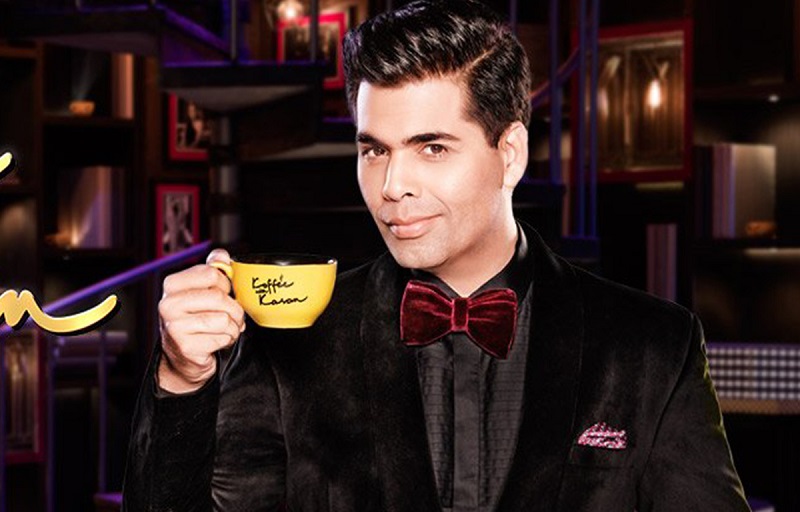 The recent season of Koffee With Karan has seen some unique yet interesting pairs together, soaring high the temperature of the show!!

From Sara Ali Khan-Saif Ali Khan’s first joint appearance to bringing together Deepika Padukone and Alia Bhatt, Karan Johar has made sure that this season the ‘Koffee’ is served hot. Of course, following the trend,  to end the season he brings yet another pair of ‘mega superstar girls’ Priyanka Chopra and Kareena Kapoor Khan on his popular celebrity chat show.

Recently, he took to Instagram to share the first look of his season finale. While Kareena looked ravishing in a wine coloured gown, Priyanka’s in-vogue yellow pantsuit looked stunning. On the other hand, host Karan donned a patch work jacket by Dolce & Gabbana.

He captioned the picture as “SEASON FINALE!!! With the mega superstar girls”. Minutes later, he in fact shared a photo of his guests posing together and wrote, “Girls just wanna have fun!”

As per recent report, Priyanka is expected to discuss about her wedding while Kareena would speak on her son Taimur’s popularity, among the various other things. The source was also quoted saying, “Karan Johar has planned a lot of fun segments for them that will highlight their new found friendship. While Priyanka will open up about her recent wedding to Nick Jonas, Kareena is expected to speak about the popularity of her two-year-old son Taimur, among other topics”.

Both, Priyanka and Kareena have frequented as Karan Johar’s guests in the previous seasons. However, they have never shared the couch together. In the last season, Priyanka made a solo appearance while Kareena, who was pregnant with Taimur that time, was joined by Sonam Kapoor.

Way back, in 2010, Kareena, while speaking about Priyanka on Koffee With Karan, said, “Where does she get that accent from?” Priyanka replied to Kareena’s comment after two episodes, and said, “The same place where her boyfriend gets it from.” However, after this, in the last season, Kareena appreciated Priyanka for representing the country on global platform. To know more, Kareena Kapoor and Priyanka Chopra have co-starred in Aitraaz and Don.