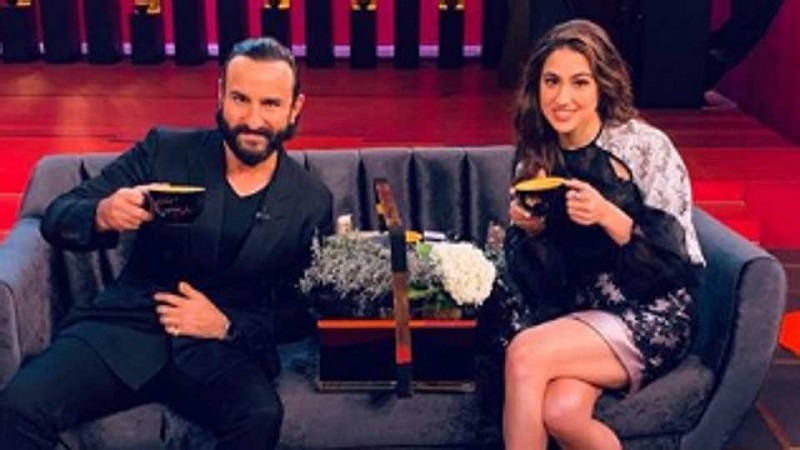 Its that time of the year again! Coffee cups raising storm accompanied by questions no less than bouncers! Of course, the mastermind behind these none other than the man with the gift of the gab, the much celebrated bollywood director and the host of the show, Karan Johar.

Yes, we are talking about the much prominent talk show Koffee With Karan, which is in its sixth successful season. After four fun filled episodes of this season, viewers would now see father-daughter duo Saif and Sara Ali Khan, sharing the couch on the upcoming episode.

However, the highlight of the promo was when host Karan Johar asked Saif, “The first three questions Saif Ali Khan the father would ask Sara’s boyfriend?” Now, Saif as usual being at its best and being the the witty father he is, was quick to respond, “Political views, drugs.” Adding to Saif’s comment, KJo said, “Money would be a nice question to ask, I would ask that first.” 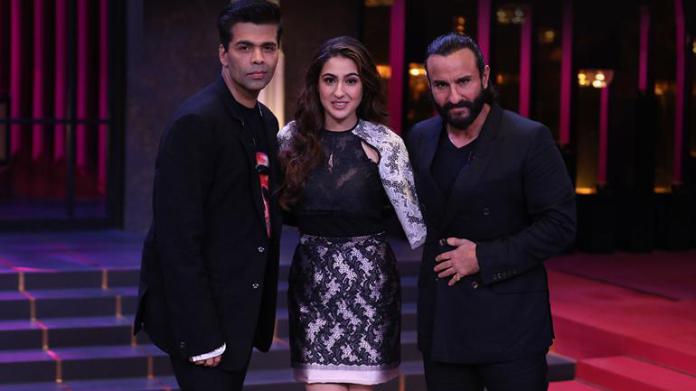 Of course, the fun doesn’t ends here. The promo video also shows Sara declaring her admiration for Kartik Aryan. Here she added that, “I want to marry Ranbir Kapoor. I don’t want to date him. I want to date Kartik Aaryan”. Here, Saif added, “Has he got money? “You have money, you can take her!” Sara exclaimed at her father’s response, adding , “That sounds so bad!”

The promo also witnesses Saif Ali Khan being up, close and personal, when Karan Johar asked Saif about his wife Kareena Kapoor Khan’s renowned gym look, to which Saif Ali Khan answered, “I get a close up look of her gym look in the bedroom before her departure.” However it doesn’t stop here as Karan further asked him if he checks her out, to which Saif nodded in agreement saying, “Yes of course, coming and going.” Sara got embarrassed here and was seen placing her hands on her ears to avoid listening more about the bedroom scenes of her father and stepmother. 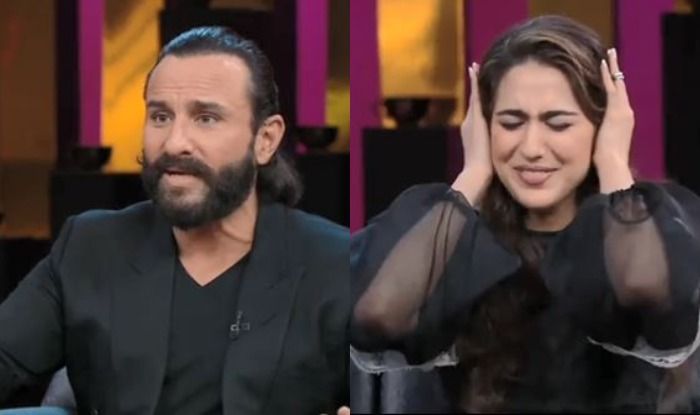 Talking of work front, Saif had two releases this year. His flick Kaalakaandi was released in January and his recent movie Baazaar hit the theaters on October 26. The film has been directed by Gauravv K. Chawla and also stars Rohan Mehra, Chitrangada Singh and Radhika Apte in the lead roles.

On the other hand, Sara, is all set for her big Bollywood debut with the upcoming movie Kedarnath. Directed by Abhishek Kapoor, the film stars Sushant Singh Rajput in the lead role and has the backdrop of the 2013 Uttrakhand floods. She will also be seen in Rohit Shetty’s upcoming directorial debut Simmba, alongside Ranveer Singh.