Cheers to all the pandal hoppers this year! As per latest reports, the Metro authorities have decided to operate its additional rakes from Chaturthi that is on October 13, as numerous people would set out for pandal hopping.

In addition, there would be 284 rakes operating on October 13, 250 rakes on October 14 (Panchami) and 300 rakes on October 15 (Sasthi). Also, on Saptami, Ashtami and Nabami, Metro services would be available with 224 rakes operating from 1.40 pm till 4 am on the next morning. This an initiative on the part of Kolkata Metro Railway as it has recorded the third highest number of passengers in a day since its inception, on Tuesday. 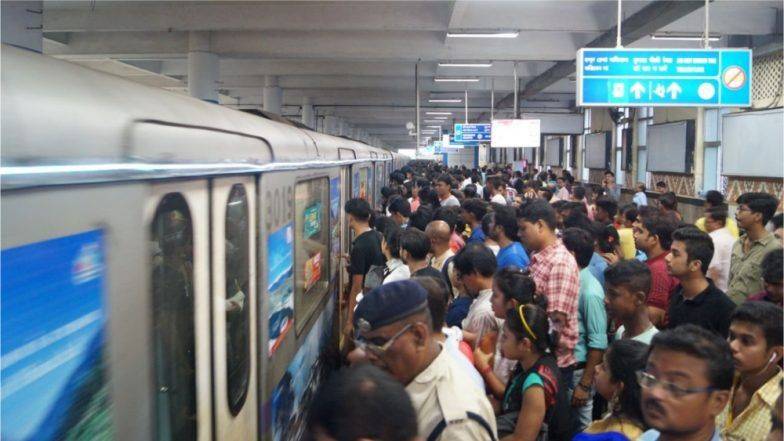 On Tuesday, as per reports, 8.14 lakh people travelled in Metro, including a huge rush of people who went out for shopping ahead of Durga Puja. Metro Railway recorded 300 trips on October 9 and there was no cancellation of any train. It was on September 25 in 2017 when as many as 8.78 lakh people had traveled in Metro. Also, this year, it is the highest passenger count in a day till date. The second highest was 8.62 lakh passengers on October 9 in 2013.

Also, it might be mentioned that the number of passengers in Metro goes up during any festival, particularly during the Puja.