In a shocking incident, a portion of the Majherhat bridge in West Bengal’s capital collapsed on Tuesday. According to the latest report, one person died and 25 others were injured. A rescue operation is going on several are still feared trapped in the debris. The incident occurred around 4.45 pm yesterday. 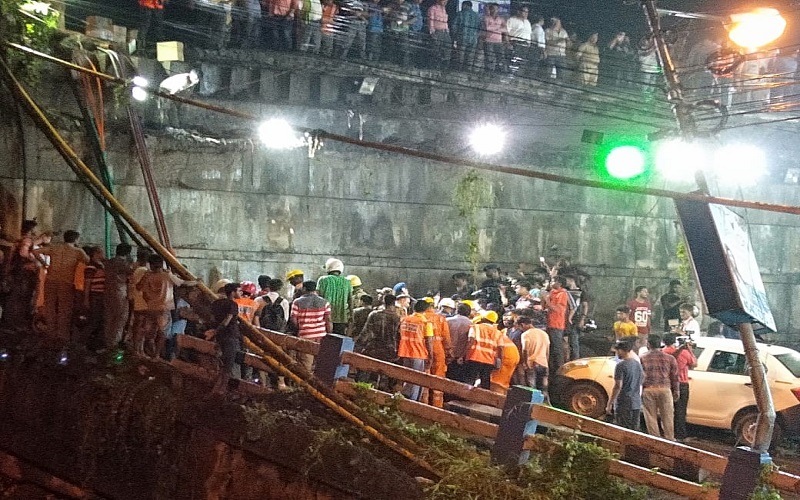 The bridge was over the 50-year old bridge on the arterial Diamond Harbour Road in the crowded Alipore area connects the city center with the heavily populated Behala, the vast area of the south-west suburbs and adjacent South 24 Parganas district. The road bridge runs over the Majherhat Railway Station on the Sealdah-Budge Budge line during the evening rush hour.

In a while, the place was filled with personnel from the fire brigade, police and National Disaster Response Force (NDRF) who began the rescue work. Locals too chipped in, eyewitnesses said. Huge cranes, iron cutters and drills were brought in to remove the tonnes of debris. To trace any trapped person, the NDRF has pressed sniffer dogs into service and brought in sophisticated equipment and cameras. 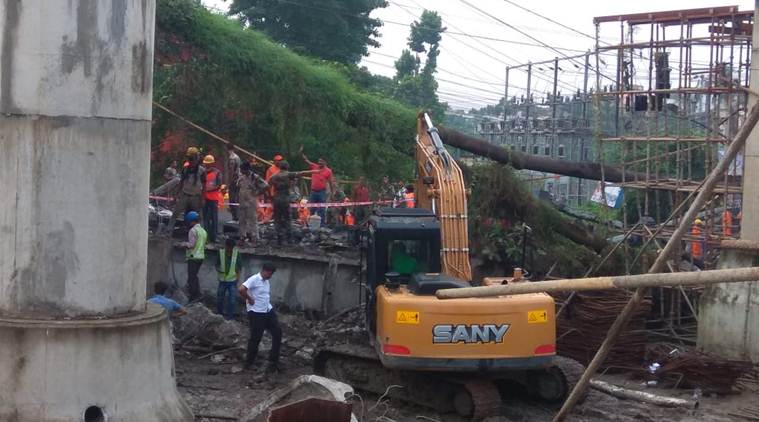 The incident will be investigated under the leadership of Chief Secretary, Chief Minister Mamata Banerjee said that He also announced compensation of Rs 50,000 to the injured. All hospitals in the city have been asked to stay alert. There are three groups of the army. 25 personnel of the Navy for rescue work, Port Trust employees in rescue. So far the report informs that 19 are injured. The fit certificate was given on the bridge’s health check-up. But what happened after the disaster? The question is going up. What is this disaster for the metro brotherhood?

Special buses to run special buses due to the closure of the railways. The culprits will be punished severely, the Chief Minister said. Chief Secretary gave a call to the Secretary The reply of the minister of the time, Indeebar Pandey, has been summoned. 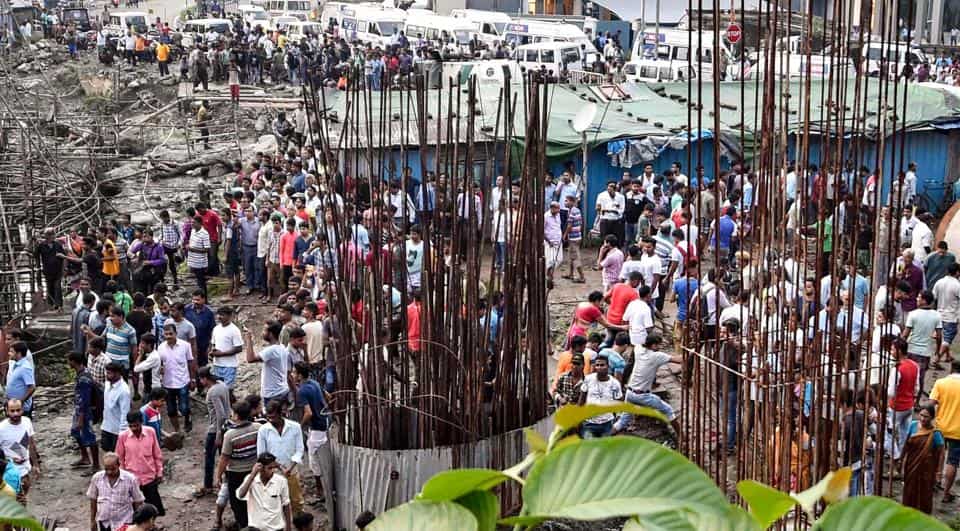 The report also informed that there is no relation to breaking the bridge with Metro’s work. RITES initially assumes that such accidents have occurred due to lack of maintenance. The 40-year bridge could not take the pressure due to lack of care.