From Typewriter to Tab, Telegraph to E-mail, he has been a witness to the evolution. At 90, he is still young and sturdy. Everyday he wakes up with zeal to share his wisdom. Sushil Kumar Chatterjee aka Noku Babu is history personified in the City of Joy. 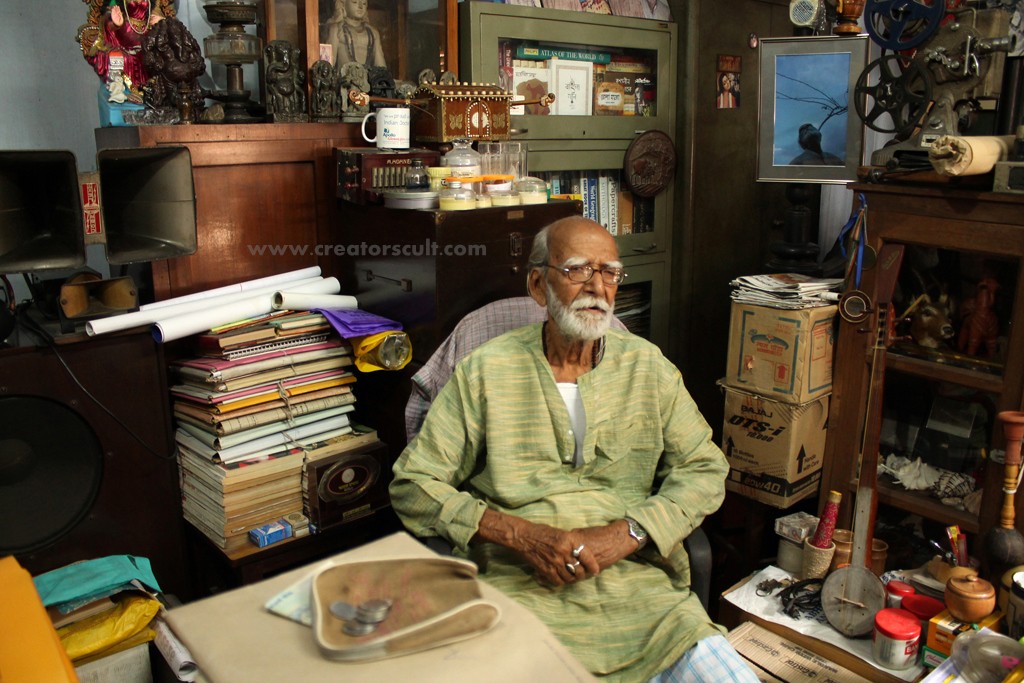 A two minute walk along a bylane of North Kolkata will take you to the three storied house of Chatterjee family. Ask someone nearby about Sushil Chatterjee, and people will ponder; Noku Babu is a much familiar name in the neighbourhood. Within a blink of the eye anybody will locate the house. Walking up the steps as we reached the first floor, each room bore a meme’ pasted next to it. Is Mr. Chatterjee inside? As we asked, a tall man with half bald head and white beard emerged down the shadowy steps of the second floor.
The man welcomed us to his much famed room where time stood still. The room was nicknamed Otiter Ashroy (refuge of the past); it is a paradise for the history lovers. A vast collection of lanterns, projectors, cameras, watches of different shades and ages were in front of us; some were hanging, while some were showcased. It was a blast from the past. 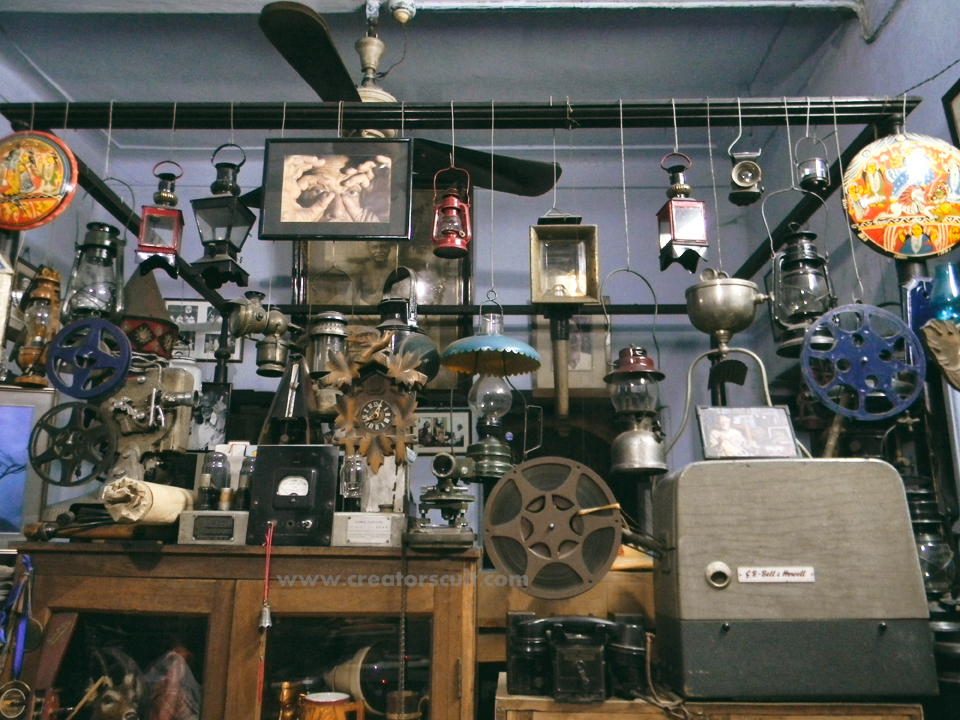 The collection that Noku Babu owns, was initiated by a few pebbles which he collected from the river banks; a collection that he still treasures. Thus started the journey of a curious man, whose thirst to see more drove him across the country.

Noku Babu and His Collections

Carrying a Rajasthani lineage Noku Babu was born in Calcutta in the year 1924. But it was at his ancestral house in Dhalbhumgarh of Singhbhum, where he pioneered his collecting habit; he was 7 then. His collections span across two centuries. The oldest being a binocular dating back to 1850. The man has a heterogeneous collection of 3000 record players, 50 lanterns, 6 projectors, an array of cameras and a variety of other stuffs. A bioscope adds to his kitty. We were lucky touch and feel see some of his favourites – a doctor’s microscope (1910), the binocular, a sun dial and a primitive video camera which was as heavy as a modern day UPS. 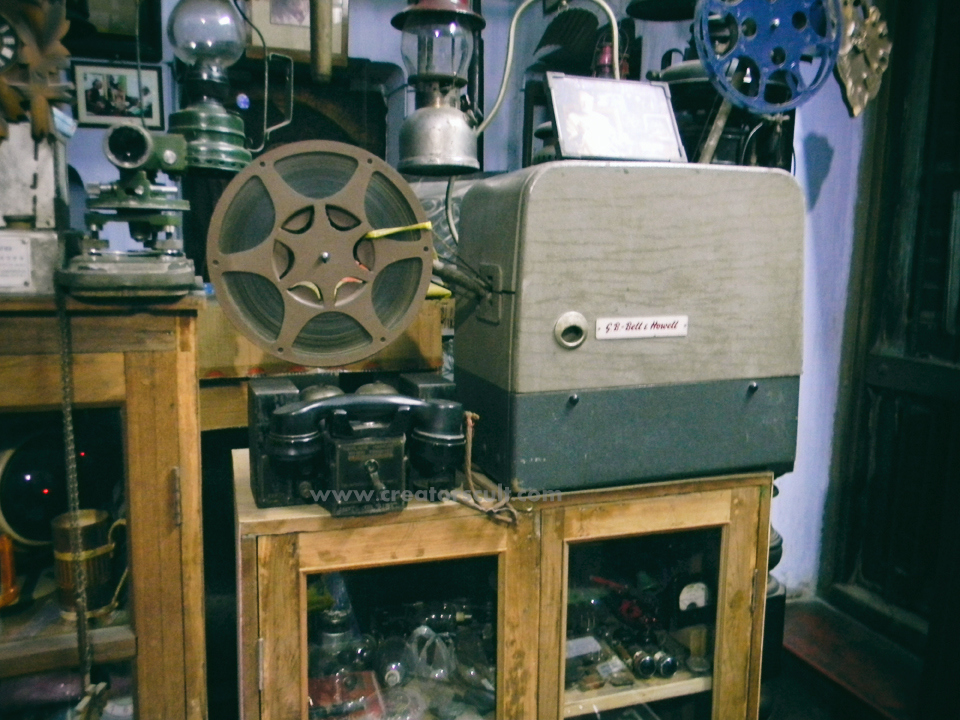 Noku Babu believes they were destined to come to him. He loved collecting, so his sources kept changing, sometimes it was the garbage, sometimes an old goods seller, sometimes a friend, sometimes a gift and sometimes he bought it for himself. A swashbuckling biker in his youth Noku Babu and his friend Tarapada Saha buckled up their backpacks and travelled across the country on their BMW motorcycles.

With a B.Sc. degree from the University of Calcutta, the man has even experimented with sound. He claims to have made his own Analog Crossover Loudspeakers, 4 of which were showcased in his room. They were humongous; we got the chance to listen one of them. Noku Babu still experiments with the dimensions of sound and aims at retaining the originality of sound. All his experiments are with analog systems. The man is full of finesse, at a point of time he has even acted in Jatras. Acclaimed director Tarun Majumder cast him for his Telefilm Durgeshnandini, couple of years ago. 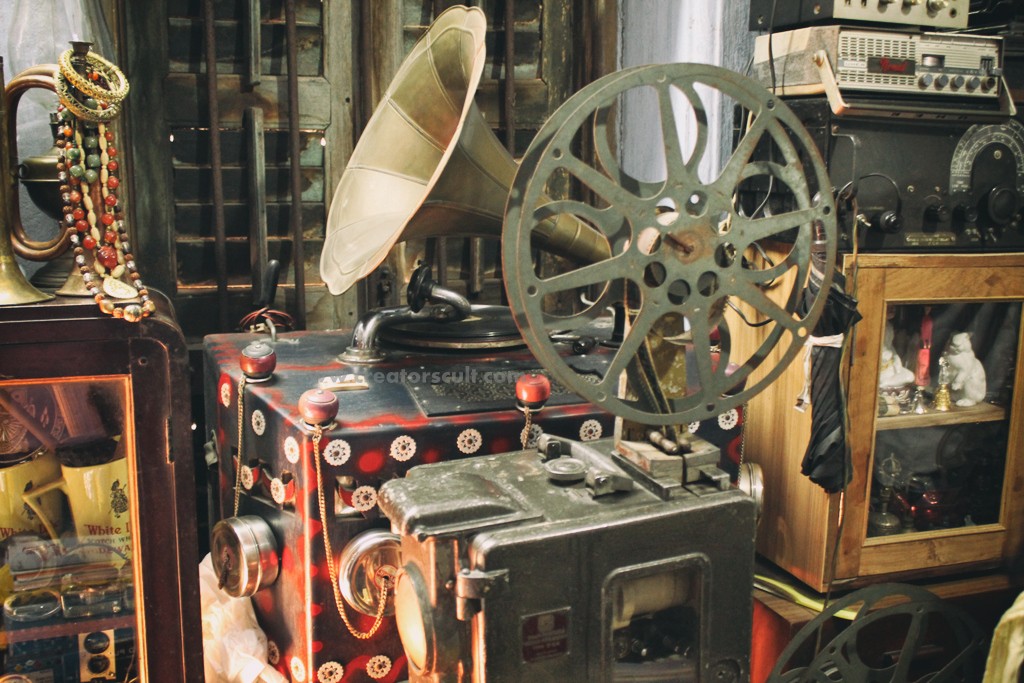 Noku Babu left collecting in the year 1980. Ever since, nostalgia drives him. He shares his experience with the ones who visit him. According to him, he has had about 4000 visitors in the past 3 decades. To support this claim, he maintains a visitor’s diary. 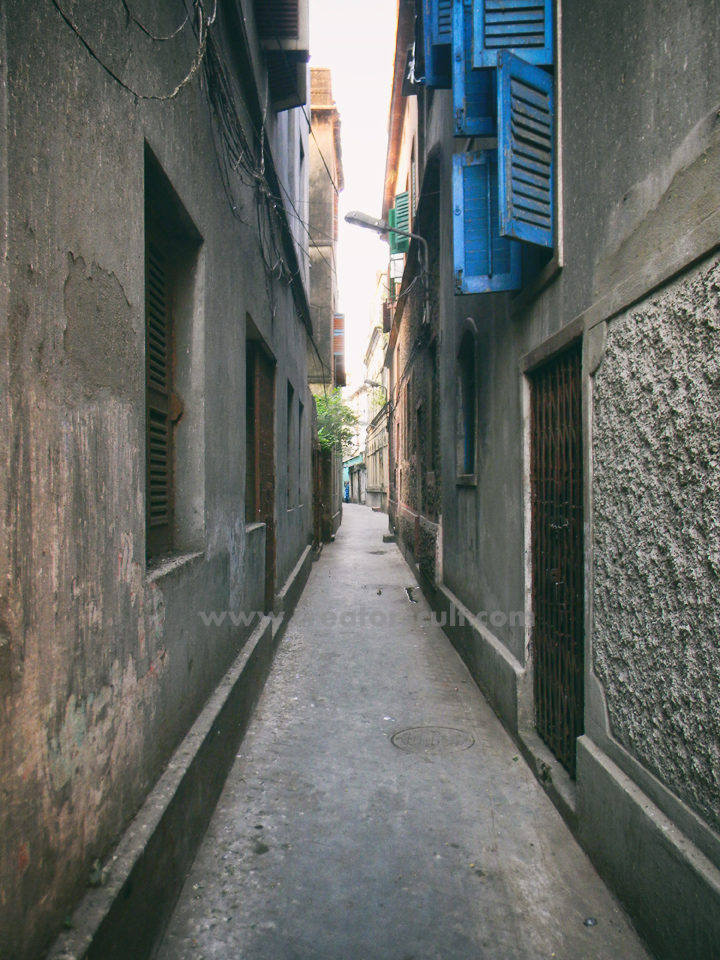 The Alley Leading to His House

But what will happen to these stuffs after him, who will carry his legacy? Noku Babu firmly believes his collections are not mere inanimate objects, they too have life – ‘It was their wish to come to me and eventually they will decide their own fate’.