These days quite a name is taking a toll on the media front, courtesy Indian Cricket. I am sure the cricket fanatics by now have comprehended that who is being mentioned here actually. 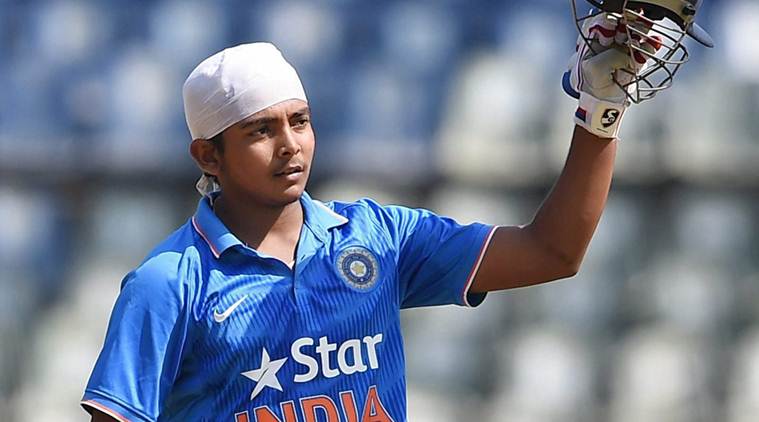 Now, to delve deep, India broke from tradition by naming a 12-man shortlist on the eve of the first Test versus West Indies. But here comes the bigger news i.e. the presence of 18-yer-old debutante, Prithvi Pankaj Shaw in the Indian Test Cricket team.

However, the trail of news doesn’t ends here itself. Prithvi Shaw also became the youngest Indian to score a Test century on debut. This Mumbai batsman, who became India’s 293rd Test player, achieved the feat during the first Test of the two-match series against West Indies at the Saurashtra Cricket Association in Rajkot. However, there are more feathers in Shaw’s hat. At the age of 18 years and 329 days, he also became the second youngest Test debutante opener for India.

Shaw, who made his First class debut in January 2017 in Rajkot, was also designated as the youngest Indian and fourth youngest overall to face the first ball of a Test innings.