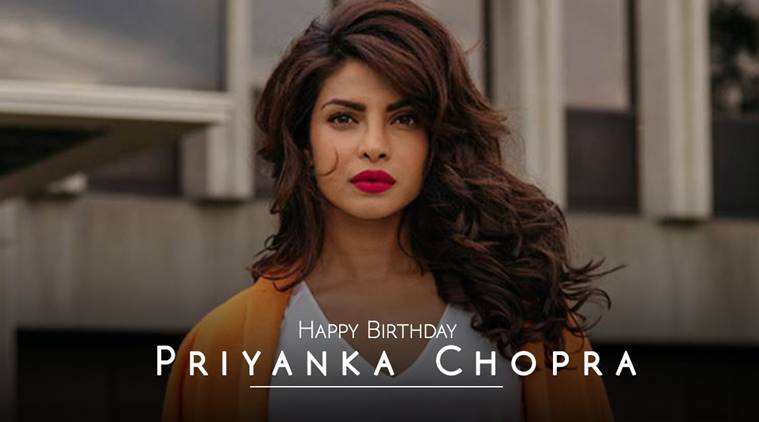 This time, it’s a Videshi celebration for the ‘Desi Girl’. Yes, we are talking about the global icon Priyanka Chopra, as she turns a year older today. So, even if the ‘Quantico’ actor is away from home, she is celebrating her big day with her extended family, or in her ‘home away from home’. The actor was spotted in London with rumored beau and American singer Nick Jonas late last night. Priyanka, in fact also shared a photo of a plate with “Happy Birthday Priyanka” written on it. Excited about entering into the 36th year of her life, PeeCee captioned the image as, “And it starts. Yay.” 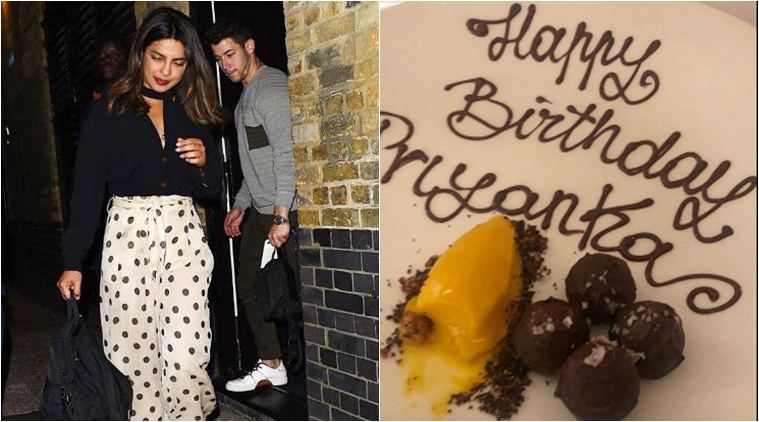 Cutting it short, PeeCee has been quite creating headlines in the recent past with her outings with alleged beau Nick Jonas. It was only on Tuesday that her date night with the 25-year-old singer became the talking point on social media. It was all a very private family affair, where they were accompanied by Jonas’ family including Kevin Jonas, Joe Jonas, and his fiance Sophie Turner. The photos had Nick and Priyanka leaving the Chiltern Firehouse in London, hand-in-hand, and the Bollywood actor smiling shyly. Also, this restaurant is quite a plush in London, considered to be the prime location of celebs.

The actress chose to wear a black top and polka-dotted palazzos for the night while Nick was in a gray t-shirt and military green pants.

The rumored couple has been hitting headlines since their link-up reports began doing the rounds. This definitely fueled rumors of an impending wedding when they met each others family and even went on a holiday together. However, right now, reportedly there would be no wedding bells ringing, anytime soon.