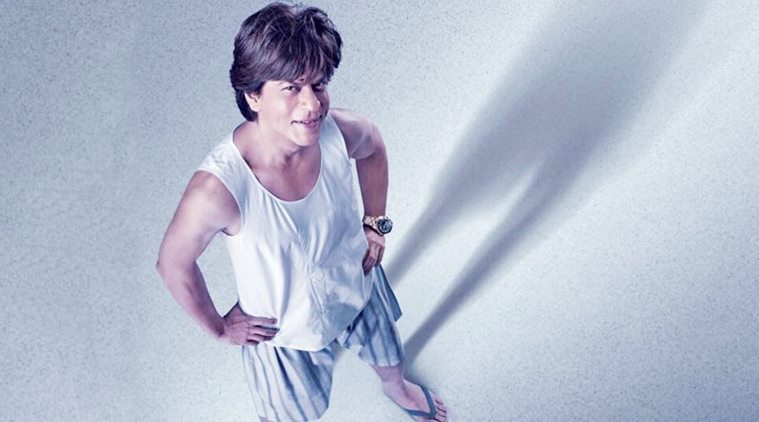 Baade baade desh o mein aise chote chote baatein hote rehti hein Sanorita!’ But whats more baadi baat than the Badshah’s birthday itself? Well, if even if that was ‘too small’ a event (don’t kill me for that!!), then we have a greater reason for excitement.

Well on the very eve of Shah Rukh Khan’s 53rd birthday, he also had a special surprise for his fans and which is the trailer launch of his much awaited upcoming movie ‘Zero’. While a grand trailer launch of the film, co-starring Katrina Kaif and Anushka Sharma in pivotal roles, and directed by Aanand. L. Rai, is scheduled to be held in Mumbai, a new report states that SRK is also set to throw a grand birthday bash a day after his birthday.

In fact, as per the latest sources, the birthday cake would be also dedicated to the character of his film. The sources also presented the picture of a mini sized ‘Bauaa Singh’ (SRK’s character in Zero). Dressed in a white upperwear and blue and white striped shorts, and eased with perfection, it looked every bit to be custom made specially for the occasion.

Also as per other sources, a day after his birthday and Zero’s trailer launch, Shah Rukh would throw his birthday bash and a pre-Diwali party wherein all the Bollywood biggies would be present. Interestingly, the two other Khans, Aamir Khan and Salman Khan, too, would grace the party and is speculated to be a reunion of sorts for the three evergreen Khans of Bollywood!

Interestingly, Aamir recently watched the trailer of Zero and he couldn’t help but shower Shah Rukh with compliments. He tweeted that “Guys, I just saw the trailer of Zero. Just one word… OUTSTANDING!!! Congratulations @aanandlrai ! #Katrina is fantastic! @AnushkaSharma is unbelievable! @iamsrk, you have outdone yourself! Can’t wait to to watch the film! Love.”

Guys, I just saw the trailer of Zero. Just one word… OUTSTANDING!!! Congratulations @aanandlrai ! #Katrina is fantastic! @AnushkaSharma is unbelievable! @iamsrk, you have outdone yourself!
Can’t wait to to watch the film!
Love.
a.

As a vote of thanks, Shah Rukh had also shared an internet-breaking photo with Aamir on social media and within no time, the post went on to amass a huge number of likes and comments. He had captioned the photo as, “Hug from the Thug….!! Beat that!”

In lieu of that, SRK’s friends from the industry seem to be as excited as the audience about the new film. Bollywood began sending him birthday wishes right from midnight, with his good friend and filmmaker Karan Johar being one of the first celebrities to wish him. In fact almost the entire film fraternity wished him luck for his much-awaited movie.

Apart from the above, images of Mannat all decked up in light, for the event are also quite taking a toll on the internet.