Home > Insider > Thai Cave Rescue Operation: All the 12 boys along with Coach are safe 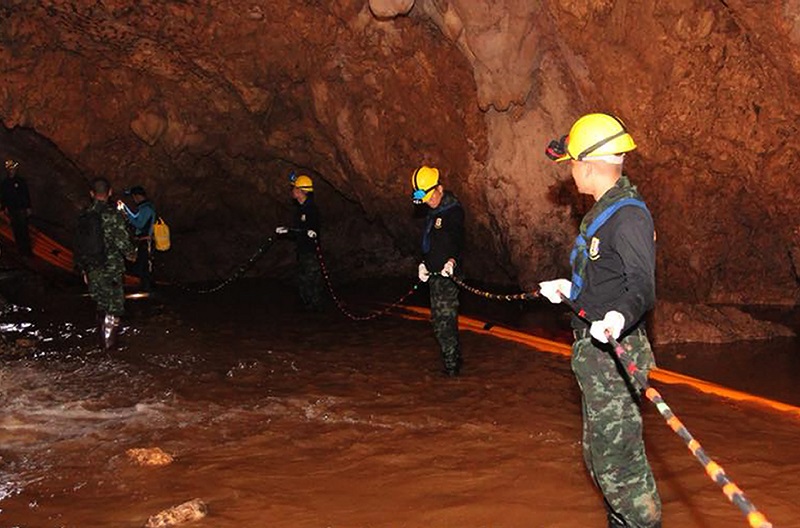 The world breathes a sigh of relief! For quite some time now all eyes have been glued to the most spine chilling news of the year. A young group of boys aged between 11 and 17, along with their coach, got trapped in a Northern Thailand Cave on 23 June. Now, as per the latest update, the entire team have been finally rescued after much hardships and turmoil and the good part of the news states that they are in good physical and mental health.

The rescue team had started their high- risked operation on Sunday, being successful with bringing four of them back and the next four emerged on Monday. The third phase of this rescue operation for the boys and their coach trapped in the Tham Luang cave in Thailand began on Tuesday. The head of the rescue mission revealed that their plan was to bring out four people out each day. That’s partly because it takes about 20 hours to re-set all of the oxygen tanks they use inside the cave during the rescues.

Rescuers have been taking the strongest boys out first. It might seem strange to a larger extent, but the reasoning for that was that officials wanted the boys who have the best chance of surviving to get through the escape route first. Two divers were assigned to each child to help them navigate the dangerous, narrow route.

The boys, ages 11-16, and their 25-year-old coach became stranded when they went exploring inside after a practice game. Monsoon flooding blocked off their escape and prevented rescuers from finding them for almost 10 days.

The latest condition of the rescued boys:

As per the reports by Government official, all 12 boys and their football coach have been successfully rescued from the cave and are in good mental and physical health. In fact, the official statement by Thai navy Seal unit on its official Facebook page read like, “The 12 Wild Boars and coach have emerged from the cave and they are safe”.

To look back, the boys, who were evacuated over the past two days, have undergone X-rays and blood tests and two of them have been treated for lung inflammation. They have been slated to remain under observation in hospital for at least seven days. The mission re-started on Tuesday morning, with divers hoping to bring out the rest of the group.

Four of the boys and their football coach were still deep in the Tham Luang cave. They were with a doctor and Thai Navy Seal divers who have been looking after them and, if conditions allow, nine people in total might as well come out in what officials hope would be the last day of the mission. 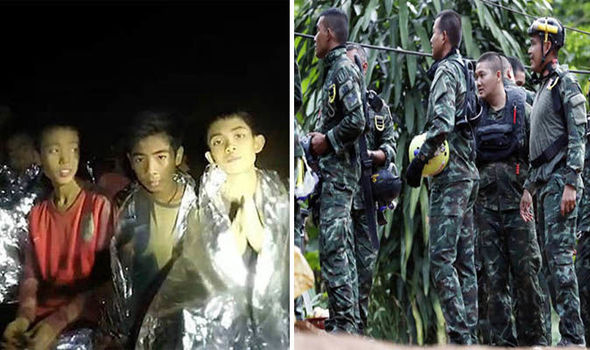 Some of the boys had shown low temperatures, with one showing a low heart rate when they were first taken to a hospital, but have now recovered.

Health officials further added that they were at first given instant food and energy gels but are now eating easy-to-digest food. Some of the boys have in fact seen their parents, but only through glass.

Further test results are expected in a few days and if all signs of infection have cleared, families would be allowed to visit them. However, they must don protective clothing and cannot go closer than 2m (6ft). The boys also have to wear sunglasses after being in a state of darkness for more than two weeks.

So, finally, the last leg of the operation has been successful when hours after Thai officials confirmed that 19 divers had entered the cave complex in Chiang Rai province to extract the remaining four children and their assistant coach. The 12th member of the team was brought out of the cave complex on a stretcher only about eight hours after officials announced Tuesday’s 3rd phase of the rescue operation. Also, the 25-year-old assistant coach was the last out.

How does the rescue team work?

A team of 90 expert divers, 40 from Thailand and 50 from overseas, have been working in the caves.

They have been guiding the boys through darkness and submerged passageways towards the mouth of the Tham Luang cave system.This refers to moving to and from where the boys are has been an exhausting round trip, even for the experienced divers.

This process includes a mixture of walking, wading, climbing and diving along guide ropes already in place. Wearing full-face masks, which are easier for novice divers than traditional respirators, each boy is being accompanied by two divers, who are the air supply.carriers. 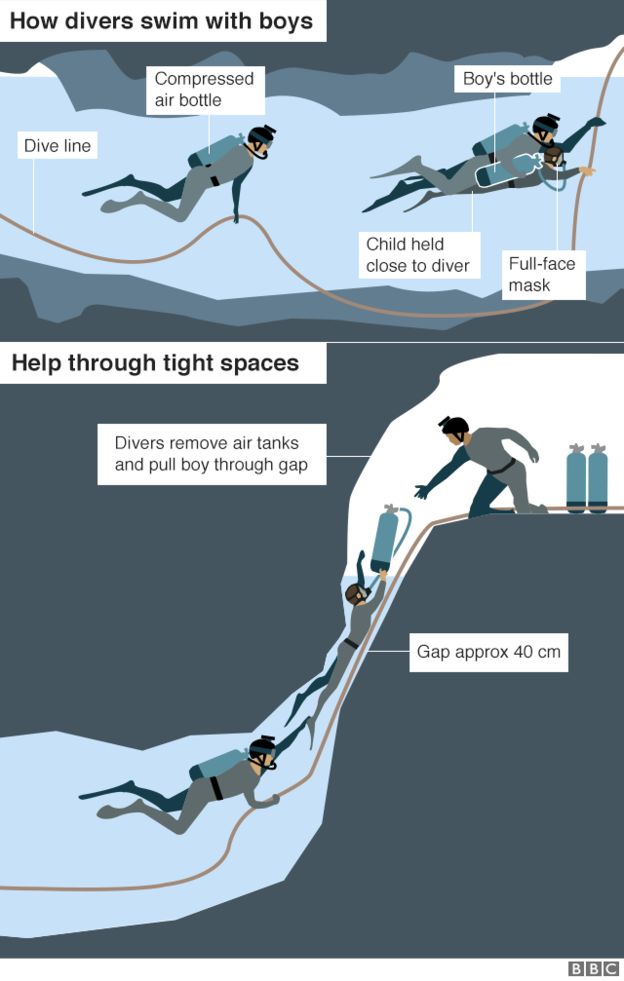 The toughest part is about halfway out at a section named “T-Junction”, which is so tight the divers have to take off their air tanks to get through. In fact, beyond that a cavern, called Chamber 3, has been turned into a forward base for the divers.

There the boys can rest before making the last, easier walk out to the entrance, after which they are taken to hospital in Chiang Rai.

Elon Musk added that he has visited the cave rescue site:

Elon Musk again added here that he has visited the flooded cave in northern Thailand where a youth soccer team became trapped and has left a mini-submarine there for future use, but this seems that the rescue team might not be able to put it to use.

Musk has offered a “kid-sized” submarine, named Wild Boar after the kids’ soccer team, to help in the rescue operation. He in fact posted videos of the sub being tested in a swimming pool in California with simulated narrow passages like the cave.

Just returned from Cave 3. Mini-sub is ready if needed. It is made of rocket parts & named Wild Boar after kids’ soccer team. Leaving here in case it may be useful in the future. Thailand is so beautiful. pic.twitter.com/EHNh8ydaTT

However, later regarding this, BBC News quoted the head of the rescue mission, and the regional governor, general Narongsak Osotthanakorn, which read like, “the equipment they brought to help us is not practical with our mission. Even though their equipment is technologically sophisticated, it doesn’t fit with our mission to go in the cave”.