On 15 August 1947, India gained independence from the United Kingdom and people are still unaware of certain stories that shed new light on what happened at that time. There are shocking truths that add an interesting layer of detail to the tales we’ve heard about the country over the years. Happy Independence day! Jai Hind.

It was Lord Mountbatten who had personally decided the date of Aug 15. As he had considered that date to be “very lucky” for his career. During the World War II, it was on Aug 15, 1945 (Japan time zone) that the Japanese Army had surrendered before him (Lord Mountbatten was the commander of the allied forces).

Why India got Independent at midnight?

When the date of independence was decided in “June 3 plan” and announced to the public, there was an outrage among astrologers across the country because 15-Aug-1947 was an “unfortunate & unholy” date according to astrological calculations. Alternative dates were suggested but Lord Mountbatten was adamant on Aug 15 (since it was his lucky date). The astrologers suggested the midnight hour between Aug 14 and 15. Thes reason is that the day according to English starts at 12 AM. But according to Hindu calendar, starts at sunrise.

The astrologers had insisted that the speech of acknowledgment of transfer of power be done within the 48 minutes window (referred to as “Abhijeet Muhurta”) which lasted between 24 minutes before and after 12:15 am i.e between 11:51 pm & 12:39 am. Nehru had to deliver a speech only within that timeframe and an additional constraint was that the speech had to end by 12 am so that the holy conch (Shanka) be blown to herald the birth of a new nation at the stroke of midnight hour, and the rest is history.

The truth about the National Anthem?

Jana Gana Mana Adhinayaka was written by Rabindranath Tagore in honor of George V and the Queen of England when they visited India in 1919.

So what does this Jana Gana Mana actually means

Jana Gana mana adhinaayak Jaya he: Who is this “adhinayak” (superhero) of “Jana Gana Mana” (in the minds of the people)?

Gaye tava Jaya gaatha: Who is this “Tava” (your) whose “Jaya gaatha” (story of victory) we all sing?

that it was originally written to welcome and praise King George V !! The “Adhinayaka“, our “Bhaagya Vidhata” is King Geroge V. And it is the King of England’s “Jaya Gaatha” that we sing every morning in our schools!

The maker of the Indian Flag:

Jammu and Kashmir would have been a part of Pakistan 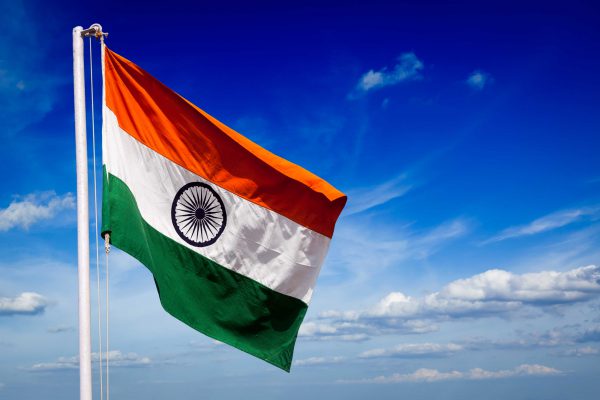 Shocking, but true. Records state that Pakistan sent a group of tribesmen into the state of Jammu and Kashmir to attack and conquer it in 1947. Lord Mountbatten also stated, had Pakistan been a little patient, the state would have eventually gone to them. His quote reads: “By sending its irregular troops into the state, Pakistan spoiled the whole thing.”