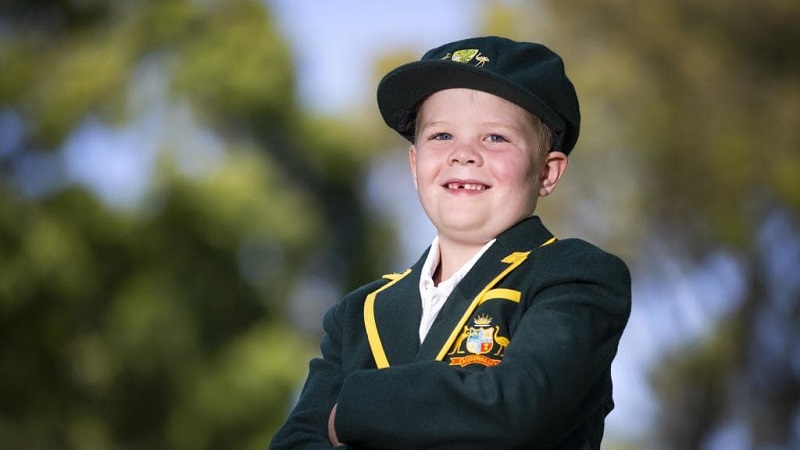 Right now internet is just drooling over 7-year-old Australian Kid Archie Schiller, who has made himself popular by being the honorary co-captain of the Australian cricket team.

Kudos to this little wonder! However, applauds shouldn’t be stopped because this seven year old is not just any other kid! He has endured 13 heart operations, and just around Christmas last year, this cricket super-fan kid was lying in a hospital bed, breathing through a tube as he recovered from his third heart surgery.

However, this year Christmas just got lucky for him where he was able to forget the troubles of his congenital heart disease. So, he walked onto the Melbourne Cricket Ground as honorary co-captain of the Australian cricket team as they took on India.

He was named the captain for the Boxing Day Test, i.e. his country’s biggest cricket match of the year. Thousands of spectators watched as the little boy shook hands with the Indian captain at the coin toss, signaling the start of the match.

To this his mother Sarah Schiller added that, “He was just on top of the world to be out there with the team, I’ve never seen him smile so much”.

For the young cricket fan, he was granted his dream “to captain Australia” by Cricket Australia and the Make-A-Wish Foundation charity. He joined in warm-up drills prior to the match and struck up friendships with the players. 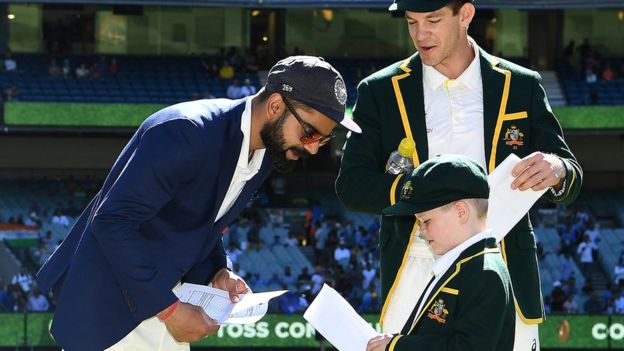 Here his mom again added that, “He said he felt included in what was going on and he loves this sport so much. He sleeps now with his baggy green [cap] on – he would sleep in his team blazer if we allowed him to. He handled the day absolutely beautifully. When he got there, he just put on his whites and said, ‘See ya Mum and Dad, I’m with my mates now'”.

Ms Schiller exclaimed that the entire Australian cricket team engaged with him and “that was just a big thing for him, to have him go there and spend time with people he idolizes.” 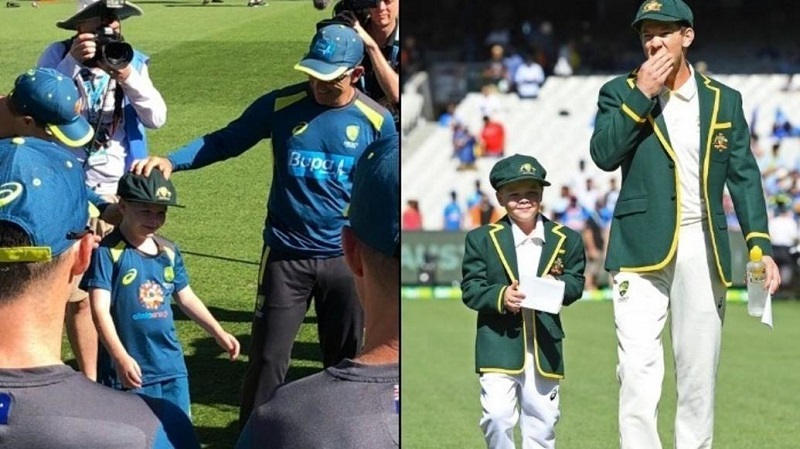 Archie was diagnosed with a heart condition at birth, and underwent open-heart surgery at three months and he has undergone 13 surgeries in total. He has missed months of school and thus, as a result, and in his daily life, finds it hard to keep up with his schoolmates.

Mrs Schiller concluded that, “He’ll try his hardest, he’ll go and go and go, but he just isn’t able to get up and run like the other kids. But he just wants to be a part of things”.